Roller coaster shopping is a tad more complex than clicking the “Add to Cart” button on Amazon Prime. It involves test riding, traveling overseas and, in some cases, struggling to communicate to a Russian cab driver who speaks five languages (none of them English) that you need to find an ATM because you neglected to exchange your cash for Euros at the airport. 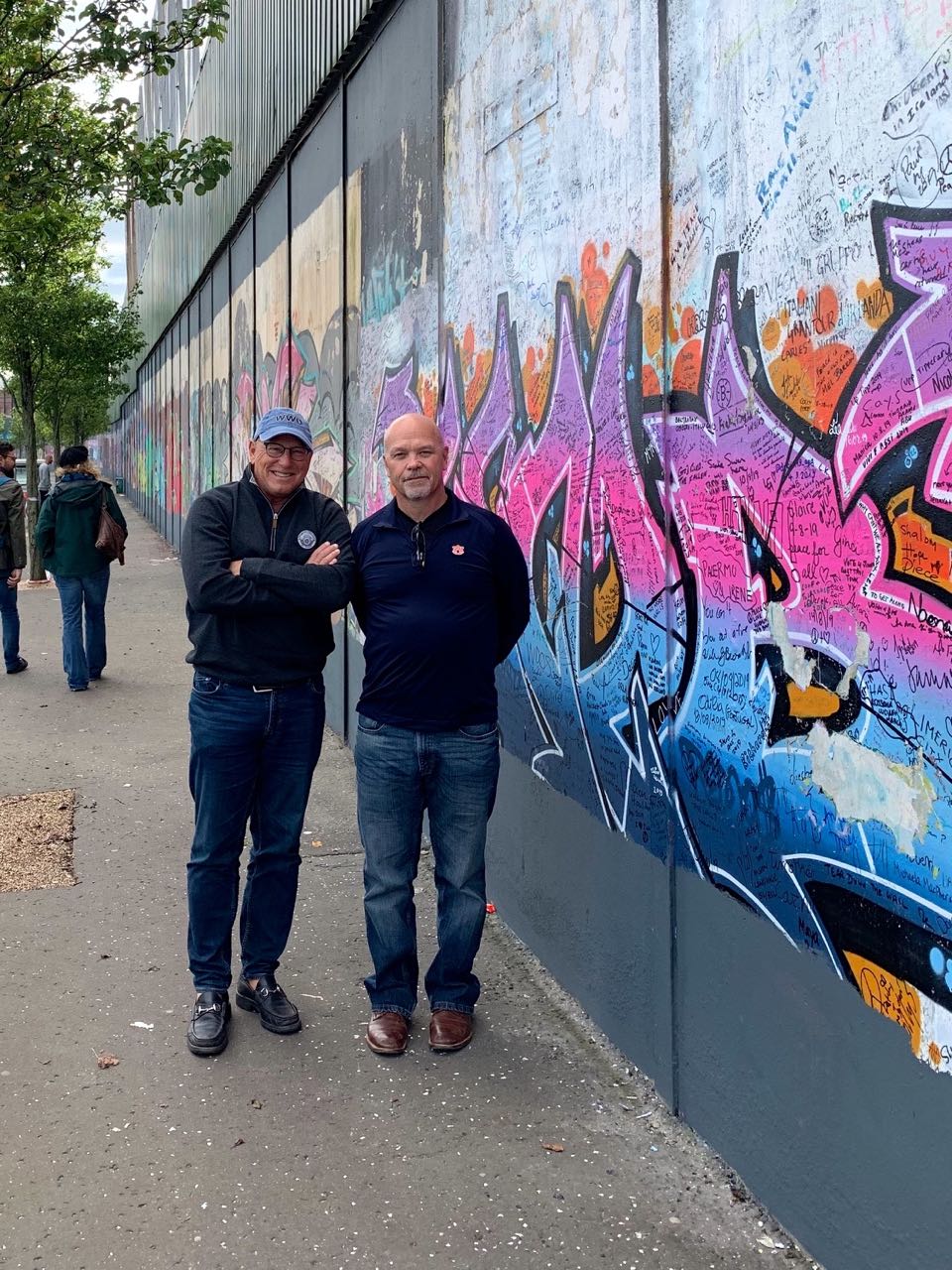 At least, that’s the experience 2nd generation partner Jack Morey, along with COO Geoff Rogers, had during a recent, whirlwind trek through Europe. The mission: Investigate potential new trains (aka, the vehicles in which you sit) for our wooden Great White coaster, which reaches just over 100 feet.

Our intrepid duo started the six-day trip at Ireland’s Tayto Park, named for a company that invented the first flavored potato chip. In 2015, this theme park installed the largest wooden roller coaster in Europe, the Cu Chulainn. Inspired by an Irish mythological hero similar to Hercules, it’s reminiscent of the Great White in size and speed. But the front wheels of the Cu Chulainntrains —arguably the most technologically advanced of their kind in the world —exist on a separate axle and steering mechanism, meaning less banging around at every turn and way less wear-and-tear on the tracks. In other words: A potential win-win for both Morey’s Piers and our guests.

“The measure of a thrilling ride used to be how much it beat you up,” says hotel operations manager Zack Morey, Jack’s son. He wasn’t on this trip, but he did travel to Denmark and Sweden last year for the three-day, six-park, 16-roller-coaster crusade that resulted in the buying of our newest coaster, the Runaway Tram. “Today, that measure is how smooth the ride is."

We already know we like the manufacturer of these trains, the Cincinnati-based Gravity Group —it’s a company comprised of “smoothing technology” engineers. And we also know Jack and Geoff enjoyed their experience aboard the Cu Chulainn—they rode twice just to be sure. The next step will be a trip to the city of Wisconsin Dells for another test ride, to see how the trains perform on a coaster with a more similar construction to ours. If all goes well, we may pull the ($1 million plus) trigger for a Great White upgrade in 2021.

Typically, these purchases are made at conventions hosted by IAAPA, the International Association of Amusement Parks and Attractions. (“They’re such a great mix between the sophisticated Europeans dressed in business suits, carnival operators and even clowns,” says Jack, who’s attended about 50 of these conventions and counting.) Sometimes, you can buy an entire coaster off the showroom floor, but more often than not the purchase of a major new coaster can take years. (There’s a ton of research and design involved, and only a handful of high-quality manufacturers that serve six continents.) In Paris, another leg of Jack and Geoff’s trip, the guys did attend an IAAPA convention, but that was largely for top-secret business we can’t reveal... yet. 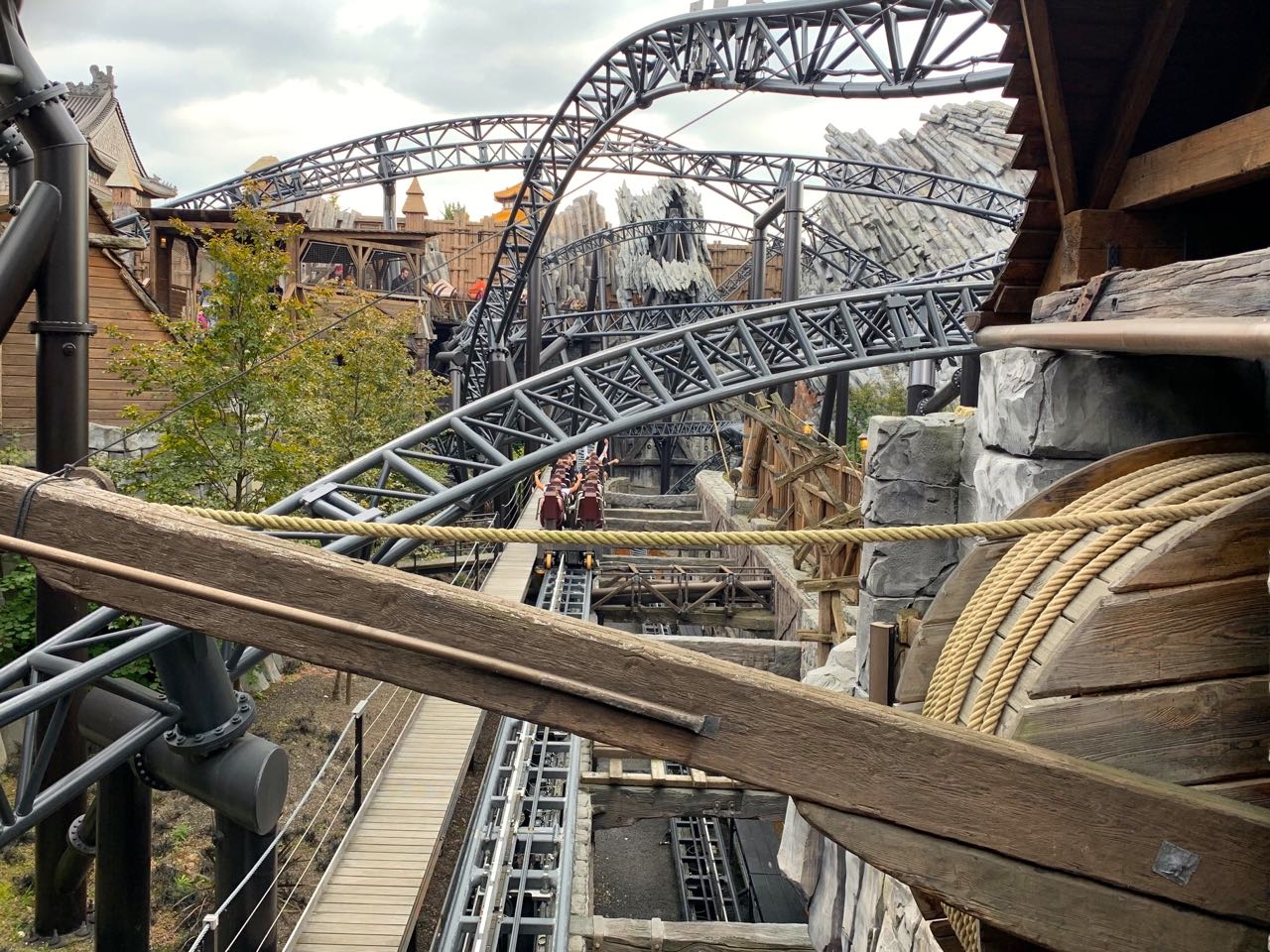 But roller coaster shopping trips are never just about buying. They’re also about getting inspired to bring new ideas and new energy back to the piers. For this reason, Geoff and Jack took a detour to Cologne, Germany. Here, they continued the comedy of errors that involved more failed attempts at exchanging their money (apologies to that cabbie!). But, more importantly, they visited Phantasialand, a favorite park of Jack’s father, Will Morey, Sr.

Will knew a thing or two about inspiration through travel, first during his honeymoon when he and his wife, Jackye, spotted a fancy hotel called the Americana in Mexico, which led to the development of Wildwood’s Pan American Hotel. Or, more recently in 1968, when he spotted a giant slide in the parking lot of a Florida shopping mall that he thought might be a hit on the Wildwood boardwalk, marking Moreys entrée into the amusement business.

The desire to travel for inspiration only grew from there. For this process, Will coined a word: Wildwoodize. In short, it means to see or be inspired by something so fantastic, it could never be afforded, then figuring out how to do it on a Wildwood, summer-season-only budget. It’s a mentality that’s stuck through each generation of Morey men.

So, what Phantasialand ethos might you expect to see Wildwoodized in the near future?

“The fantasy,” Jack says. “It’s mesmerizing, like being inside a children’s book. I always say: Think of that six-month old baby looking up in his crib, smiling at one of those mobiles. That’s how I want adults to feel when they step foot on the pier. The goal is to bring out the inner child in all of us.”

We’ll keep you posted on plans for upping our fantasy game. In the meantime —just trust us on this —get your money exchanged before traveling abroad.