Maintenance on the Move!

While the maintenance employees of Morey’s Piers are big and strong and — in some cases — hairy, the grizzly-bear comparisons end there.

“A lot of people think we hibernate all winter,” says Pat Smith, head honcho of the department. “But we are actually busier now than during the summer months.” (And that’s saying something, because our maintenance team is pretty busy during peak season, too, when they start doing daily ride-safety inspections as early as 6am.) 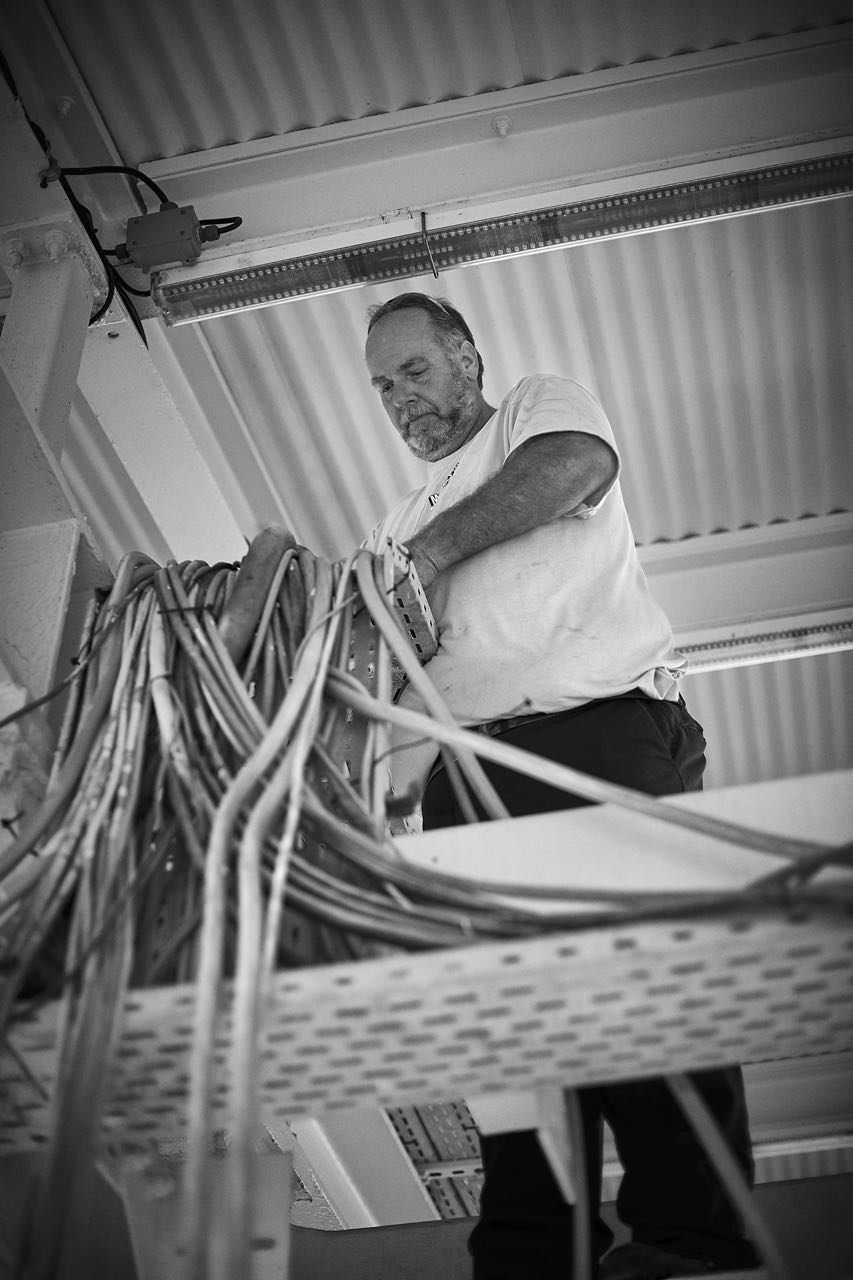 In October, things kick into hyperdrive, because with the parks closed, we’re “really able to look into the guts of every ride,” Pat says. We’ve already given you the skinny on our off season drone-inspection program, but that’s just the tip of the Curley Fry.

As soon as the final patron of the season has tilted her last whirl or wopped his last doo, 34 technicians on our maintenance crew begin working together in small teams to examine the mechanical and structural components of all 64 rides. The track of the Great Nor’Easter? That takes two guys about two weeks to inspect (while hooked into harnesses, naturally) so that no weld goes unprobed.

Our rides also need to be disassembled for further inspection, which means individual pieces are moved, sometimes by forklift, to a warehouse on the central maintenance pier, located on the beach between Juniper and Poplar Avenues. (This takes some doing, considering the carts of the Great Nor’Easter alone — i.e., the things in which you sit — each weigh approximately 1,200 pounds, or the equivalent of nearly six baby elephants.)

Inside the warehouse as we type this, three technicians are busy lifting the 44 steel wheel carriers of these carts —one at a time — onto a hydraulic press, a machine that will remove the spindle in order to replace their bearings. (The new ones will come from a parts room where we store 7,200 backup parts at any given time, each of them barcoded so we know if we’re running low.) The techs will also measure every wheel-carrying apparatus to make sure it hasn’t been worn down (even by a millimeter) over the summer. Each one weighs upwards of 150 pounds.

“We don’t need to go to the gym,” jokes technician Alberto Gerena. “At least not this time of year.”

If the guys spot anything in need of fixing, they’ll put in a work order so that an in-house team of ride technicians and welders can work their magic. But if the parts pass this phase of quality control (or, as we like to say in the biz, “QC”), they’ll be passed onto a third-party team for non-destructive testing. In other words: the super sci-fi procedures that identify wear-and-tear undetectable to the naked eye.

In some cases, this means employing roller coaster x-ray technology. In other cases, it involves magnetic particle testing, or applying a special liquid to a piece of metal before hitting that metal with a magnet. This move draws the metal particles in the liquid into any hairline or subsurface cracks. Translation: The invisible becomes visible. 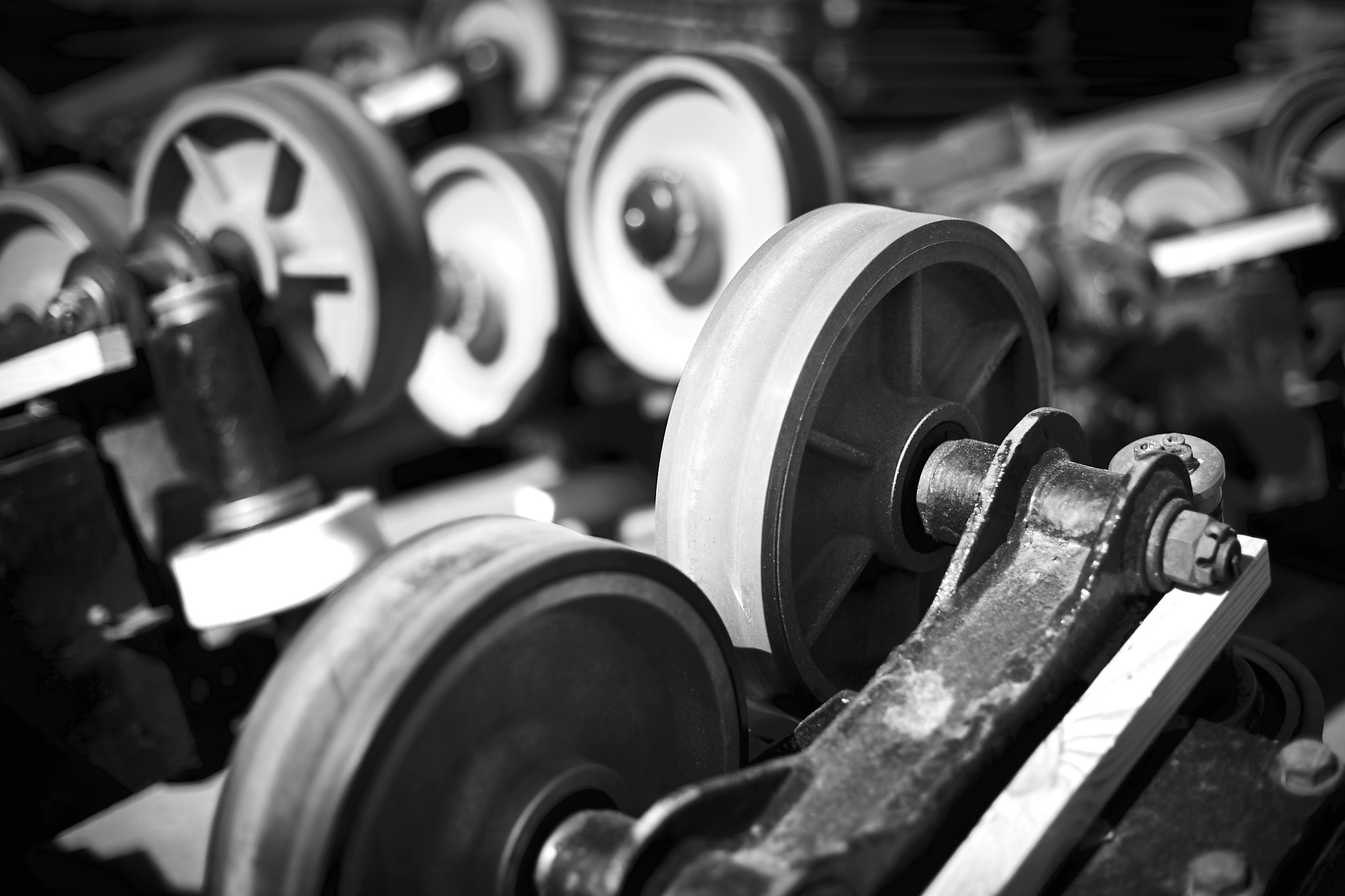 These disembodied ride pieces also need power washing (we can’t have any Jumbo’s pizza grease seeping into our lap bars over the winter). And some will be sandblasted (with various materials, including crushed walnut shell, depending on the desired finish) and repainted.

It’s a job that Pat calls “voluminous,” both in workload and responsibility. These rides, after all, need to be 100-percent safe, which means our forensic offseason inspections have to be exacting.

“I sleep soundly at night, because I know we’ve followed every procedure to a T,” Pat says. “This is not a company that cuts corners.”

And the view isn't so bad, either, he adds: “I try never to forget I can look at the ocean every day I come to work.” 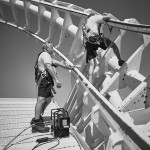 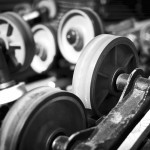 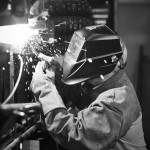 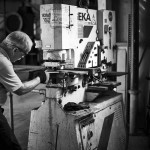 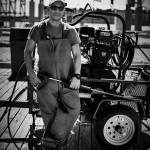 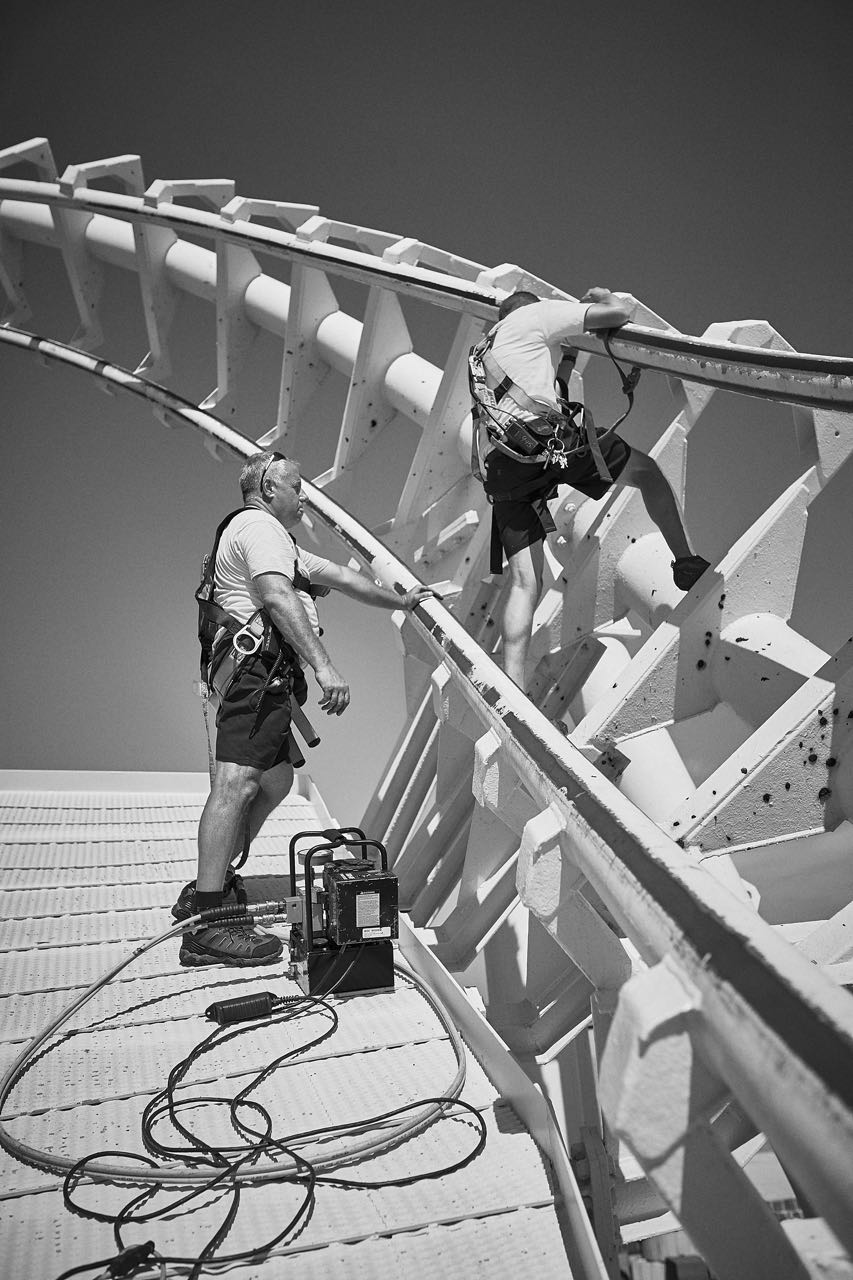 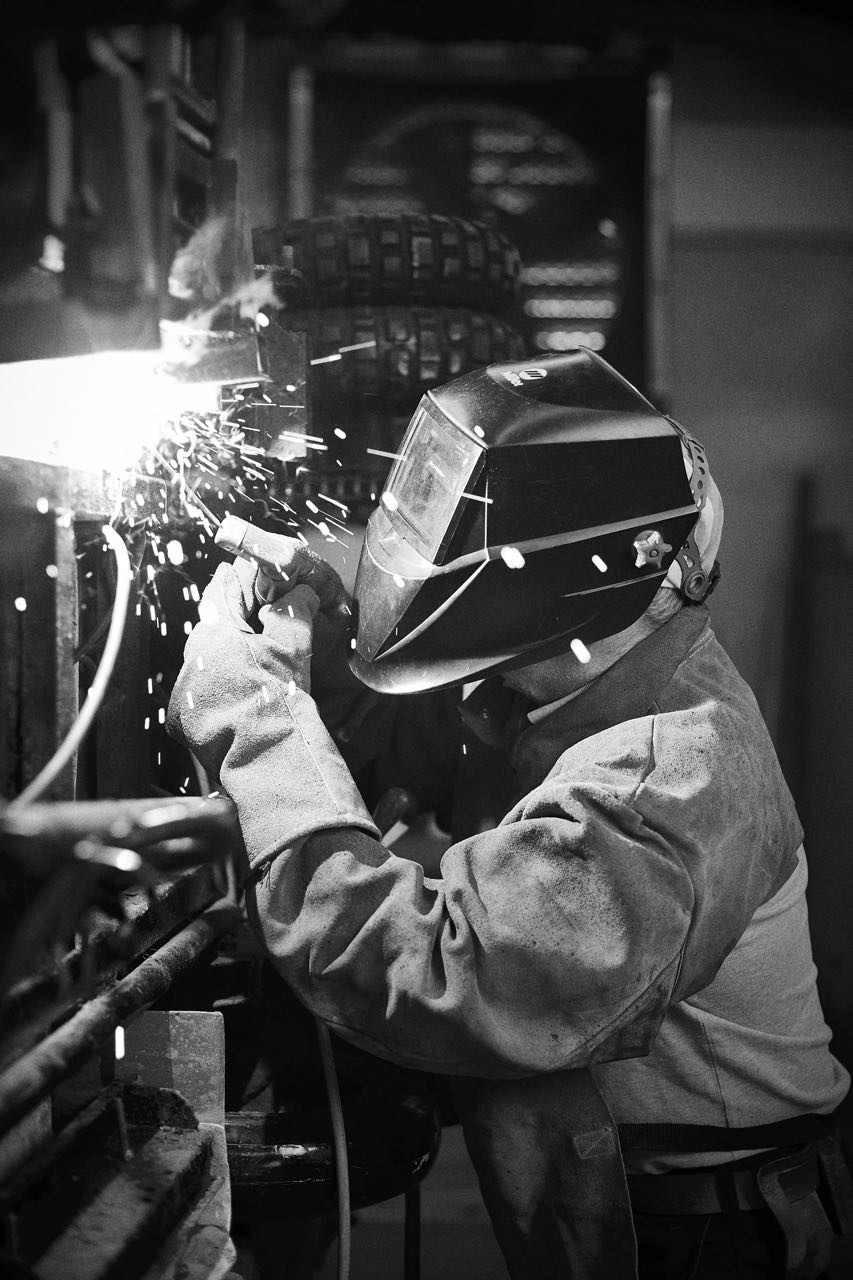 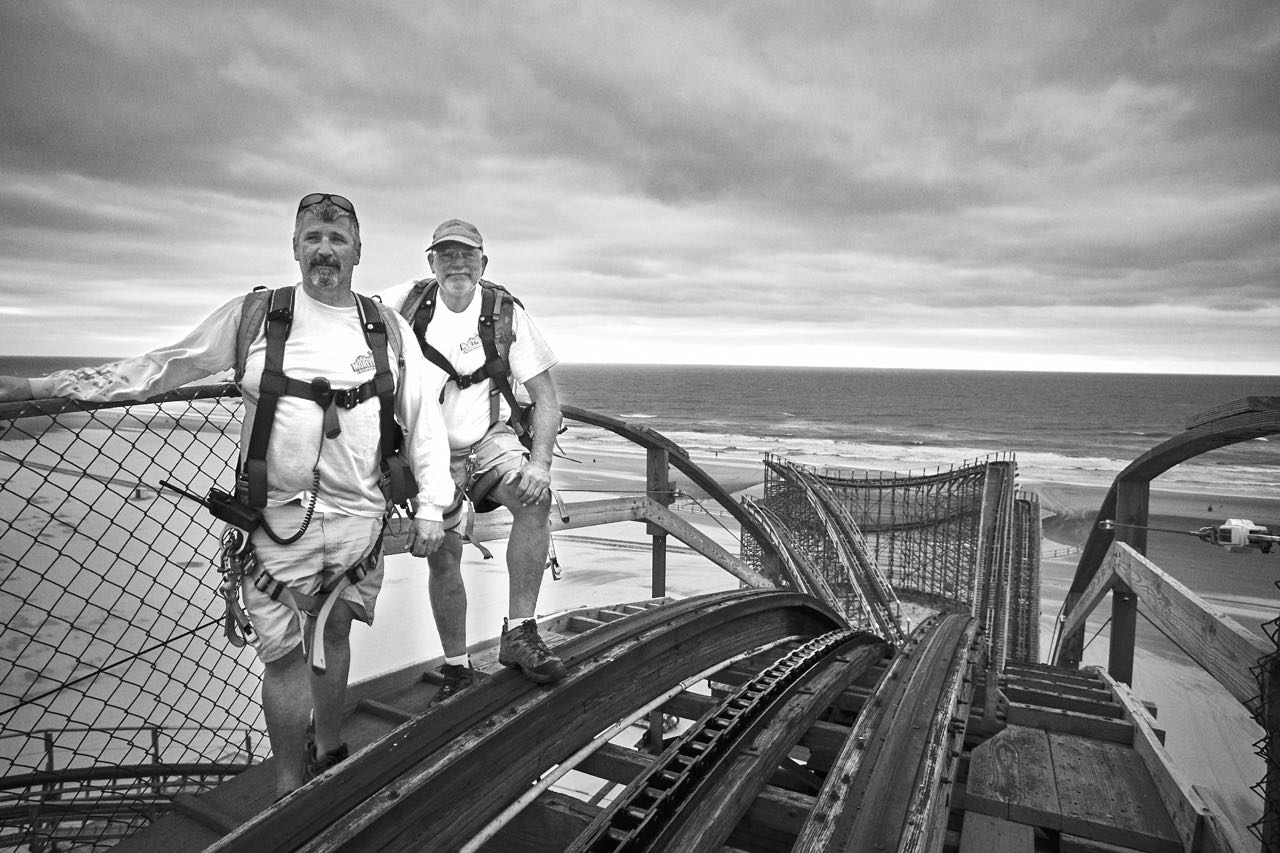 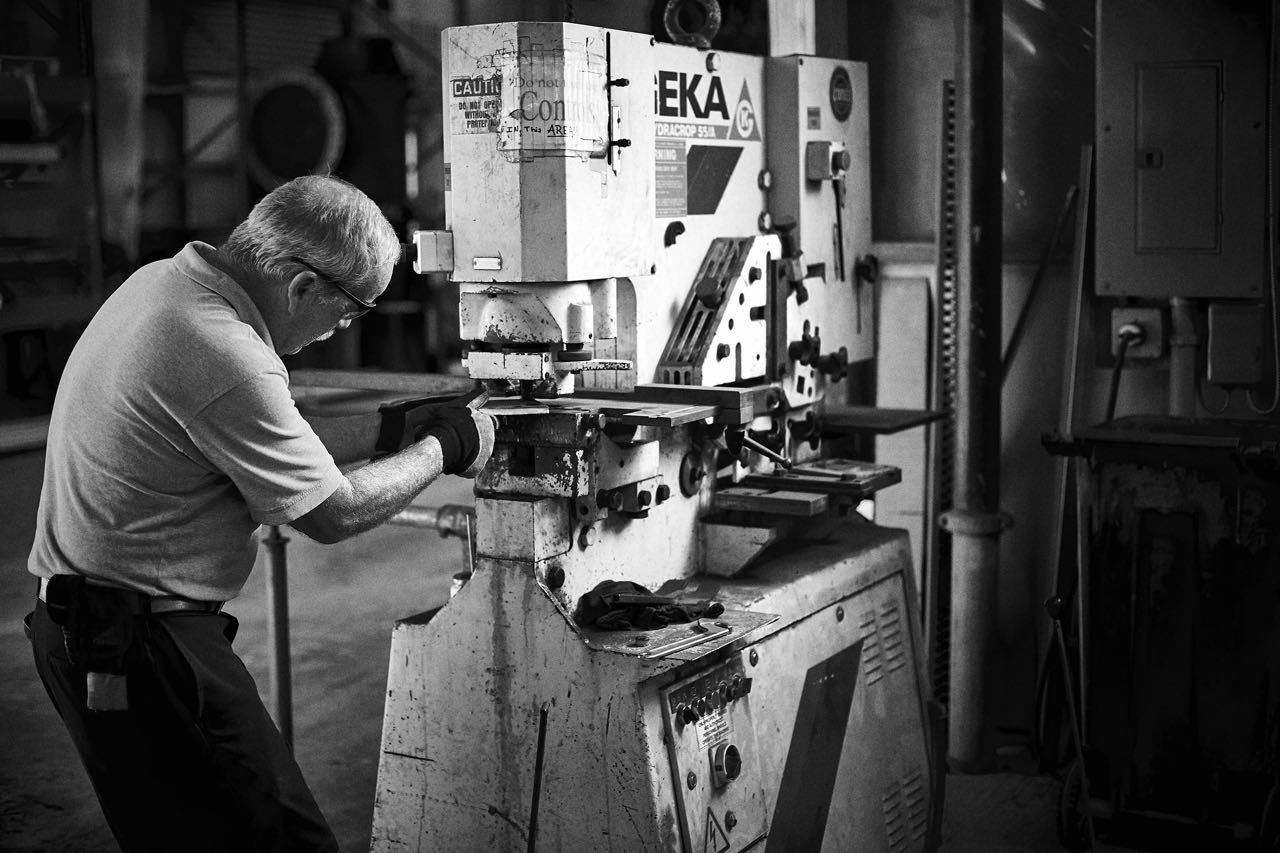 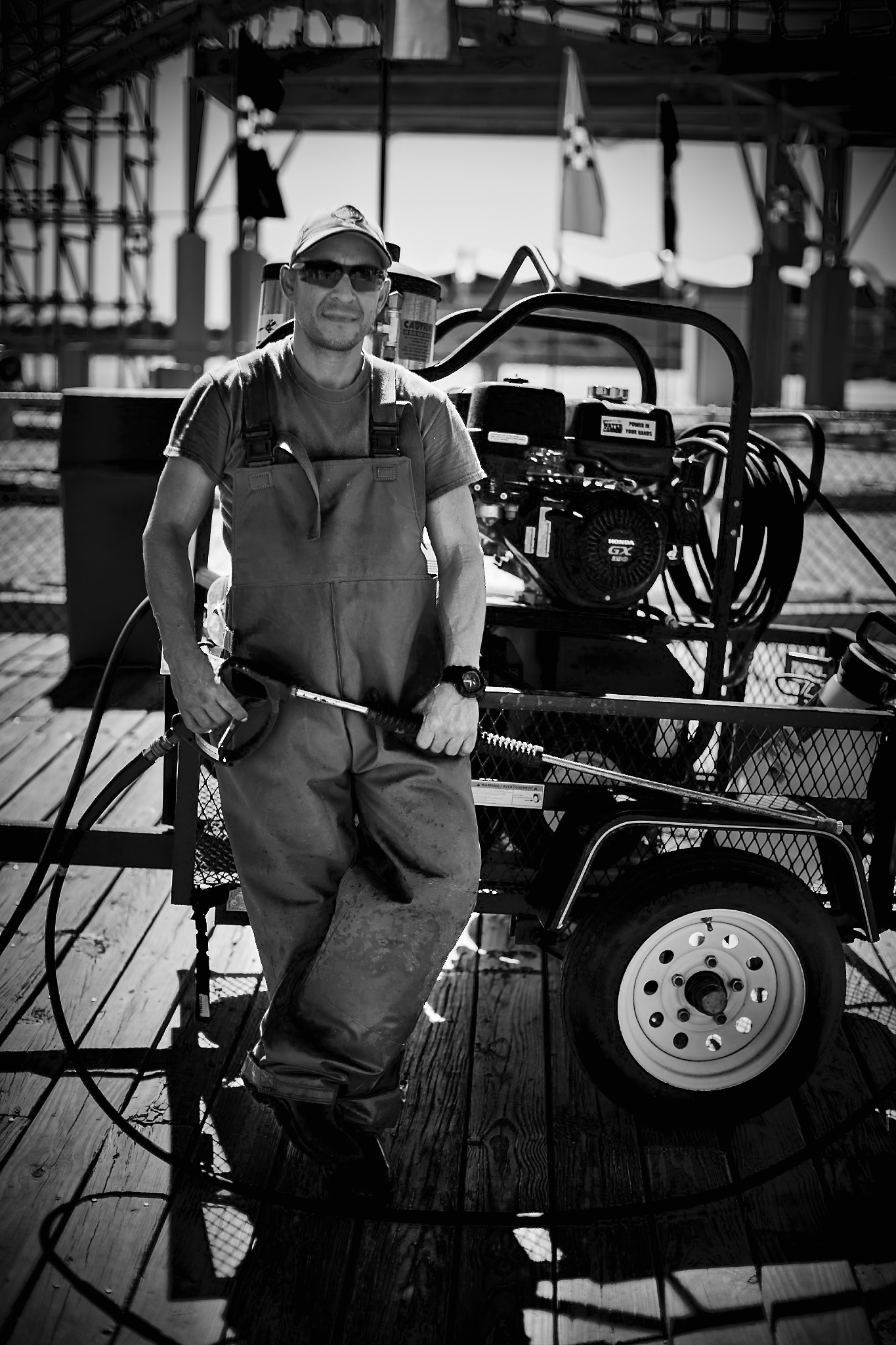 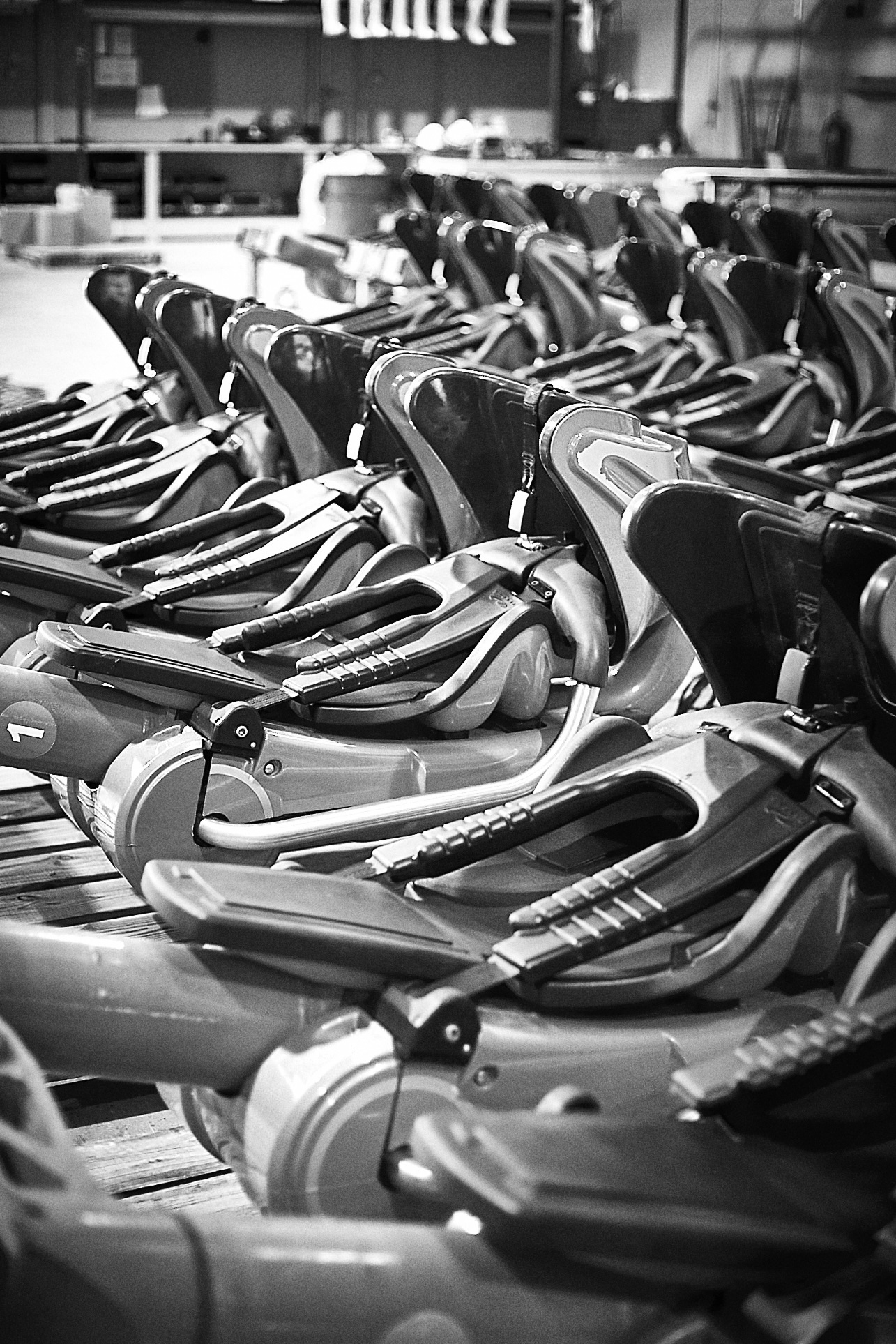 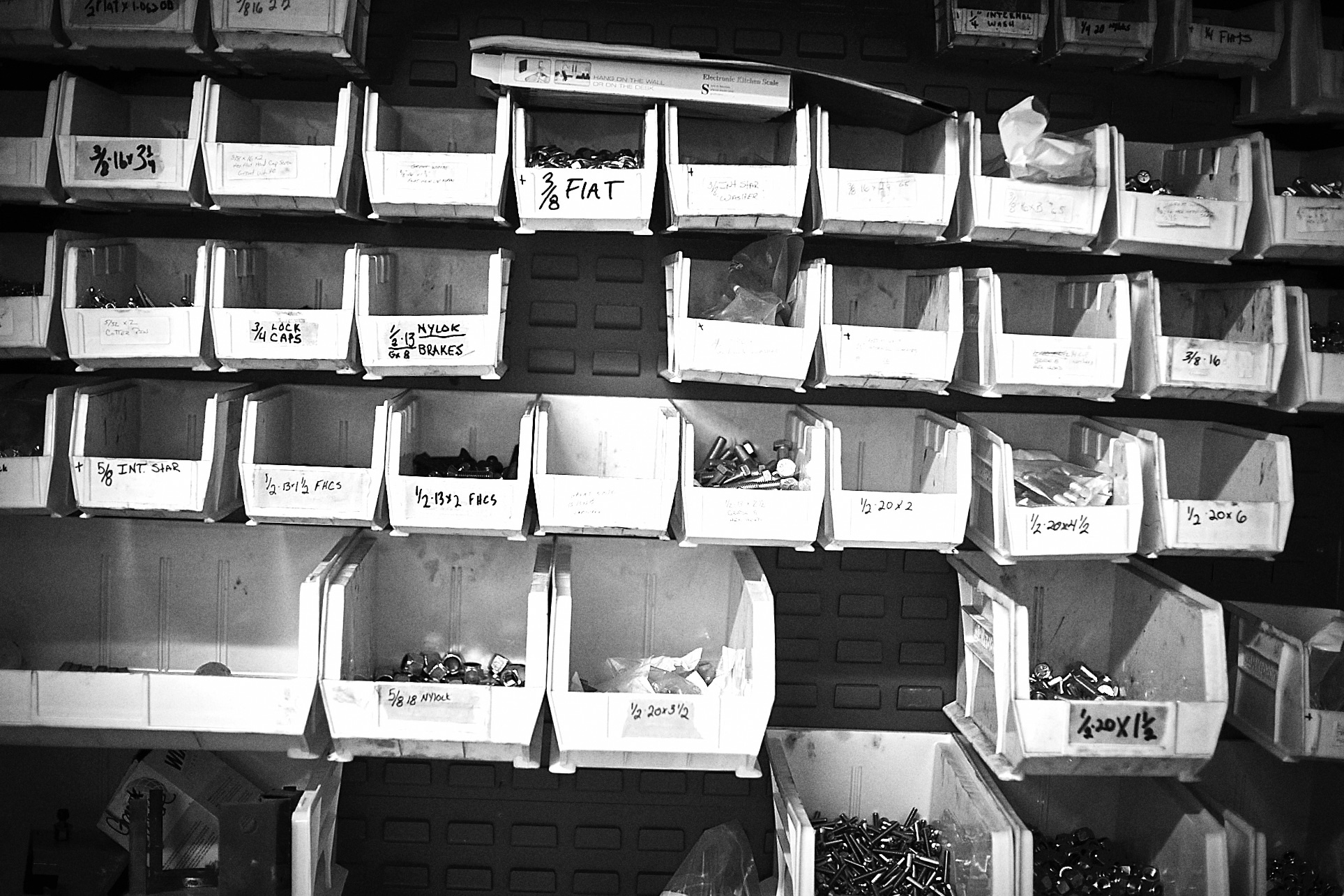 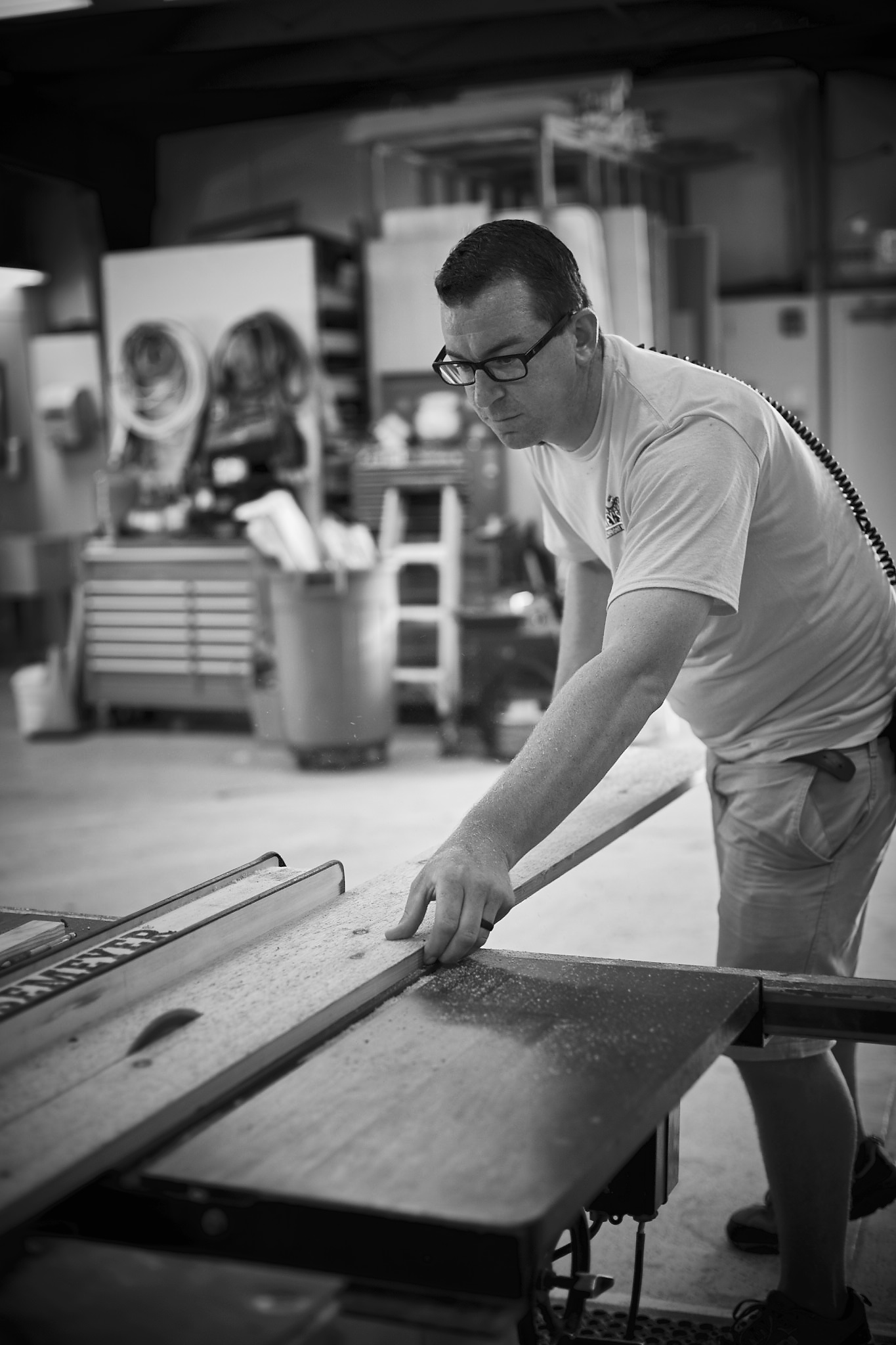 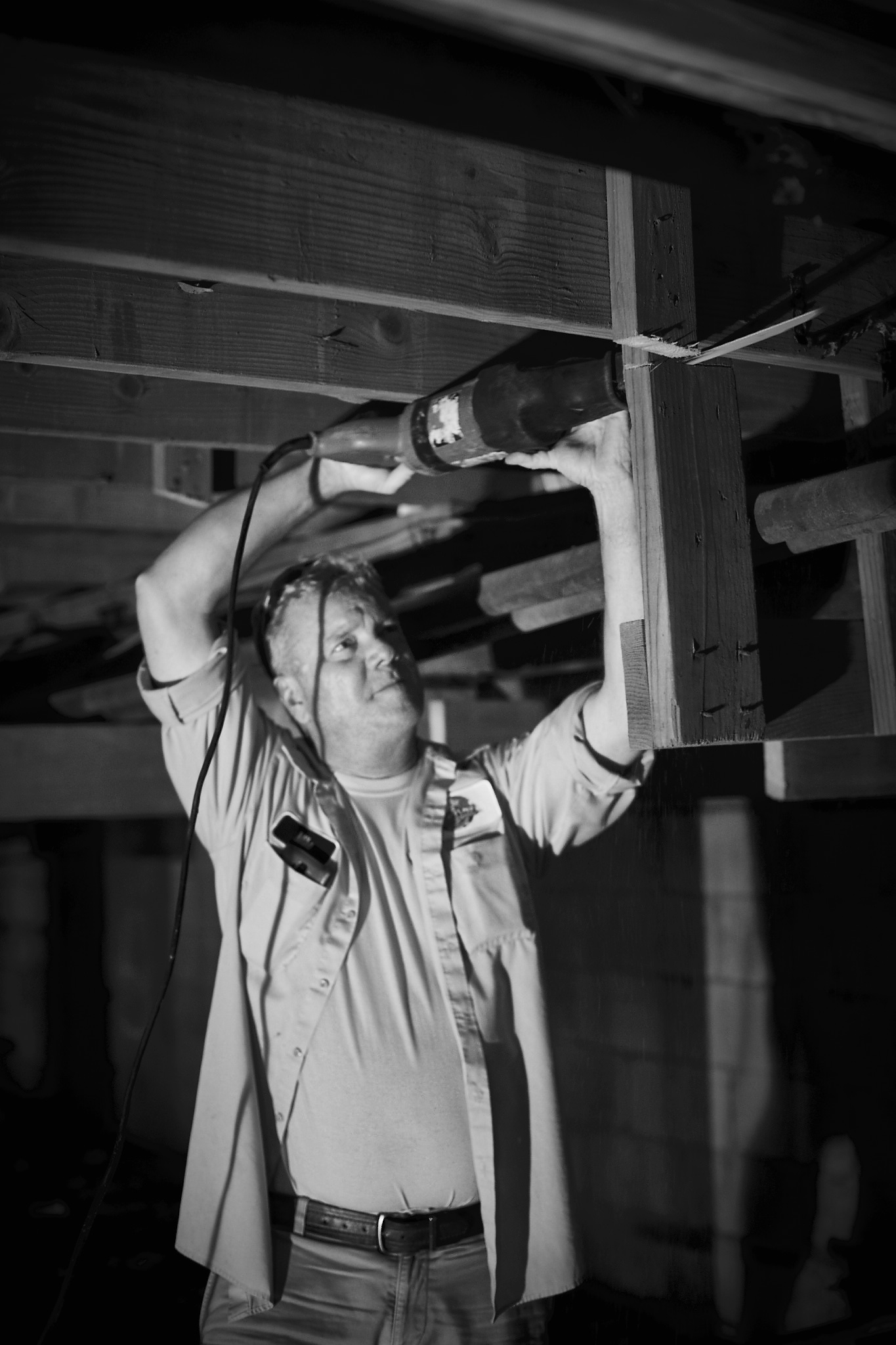