It’s a sunny October morning at Morey’s Piers, and there’s nothing in the sky except for a few wispy clouds, a couple of laughing gulls, and... a military-grade drone?

For the second year in a row, we’ve contracted the New Jersey-based MISTRAS Group (NYSE:MG) to complete inspections of our rides with their Aeryon SkyRanger, a $60,000 piece of equipment that weighs just eight pounds and looks like a mechanical spider with four legs. (As recently as two years ago, that price tag was closer to $120,000.)

“The seagulls will definitely take notice, but they’ll ignore it,” says drone pilot Matt Phillips --aka, the drone ranger --who’s standing on the beach just north of Mariner’s Pier. “It’s the hawks you have to worry about. They’ll dive-bomb it.”

Typically reserved for oil and gas refineries, this is a relatively new tech within the amusement park industry, and one that increases the safety and efficiency of our offseason inspection process. For years, this process involved scaling entire coasters by hand, or renting heavy, expensive lifts to achieve necessary access.

"Anything can happen in October, like inclement weather or cold, moist, dewy days preventing or delaying the climbing of rides,” says Joe DeLuca, maintenance scheduler at Morey’s Piers. “What we can do more safely with the drone in a week saves us a month climbing steel track.”

Of course, there is still some spidermanning involved. Mike Truzack, a visual welding inspector with the MISTRAS Group who’s typically stationed at nuclear power plants, has been on site since September 3, climbing the spokes of our rides using pelican hooks while strapped into a harness. If he sees any structural imperfections --like loose bolts or rusted welds --he flags these areas with pink ribbon. Later, our grounds crew comes in for repairs."

It’s kind of like rock climbing,” Mike says, adding that he’s not typically afraid of heights, but scaling the SpringShot on Adventure Pier made even him feel a little queasy. “I bring my own kids to Morey’s Piers --they’re six and eight --and I feel especially safe knowing I inspected the attractions myself.”

But for the rides that are exceptionally tricky to climb, it’s the drone team to the rescue. On this particular day, the goal is to examine the two parallel, 60-foot loops of the Sea Serpent--or, as Matt calls this section, “the ram’s head.”

The inspection begins by placing the drone on the beach, about 50 yards north of the coaster. Matt’s co-pilot (also called Matt) turns on the machine with a handheld controller, a Panasonic tablet with mini joysticks along the side. Now, the four motors inside the drone kick into gear, powered by lithium-ion batteries. (To keep balance, two of these motors spin one direction while the other two spin the opposite way.) Then, with carbon-fiber propeller blades in motion, the aircraft lifts six feet off the ground and starts to spin, a process called calibration that sets an internal compass. From here, a pilot pushes a joystick on the control unit that tells the drone to move in the correction direction. The machine moves up and over, until it’s hovering 158 feet above the Sea Serpent (though it’s been tested to climb as high as 17,000 feet.)

The drone, using a built-in custom camera, is now poised to take high-resolution pictures of every track. The photos are sent over an encrypted network to the screen of the pilot’s control unit in real time. They’re also saved to a memory card for examination later."

We can capture the words of your beach read from 70 feet away,” Matt says, pointing to a 30-times optical zoom. A hobby drone, like an iPhone camera, would need to be right on top to get the same shot. “It’s like looking through a telescope.”

Of course, drone inspections are not without their difficulties. One challenge is wind. On this particular day, it’s blowing at more than 30 miles per hour, the cusp of what’s manageable for a drone operator. Eventually, the guys decide to call it, until the gusts calm down.

Then there are those pesky birds and other aircraft to look out for (which one co-pilot always does while the other focuses on the actual inspection). But even if something goes sideways --a highly unlikely scenario --people nearby are always perfectly safe."

The drone is mostly plastic,” Matt says. “Should we hit anything, it’s designed to break apart on the spot, rather than land on someone's head.”

You may think the potential for exploding a $60,000 apparatus would always be a stressful scenario, but Matt says Morey’s Piers is an assignment to which he looks especially forward."

You learn to trust your equipment,” he says. “Besides, I’m usedto being in coveralls and safety goggles at refineries. Here, I get to wear sunglasses and shorts at a playground on the beach.” 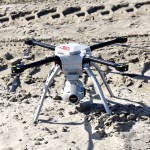 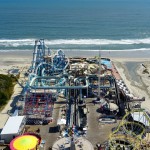 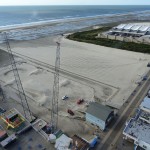 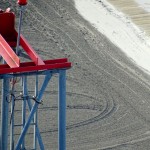 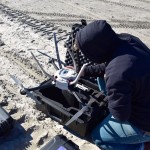 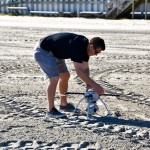 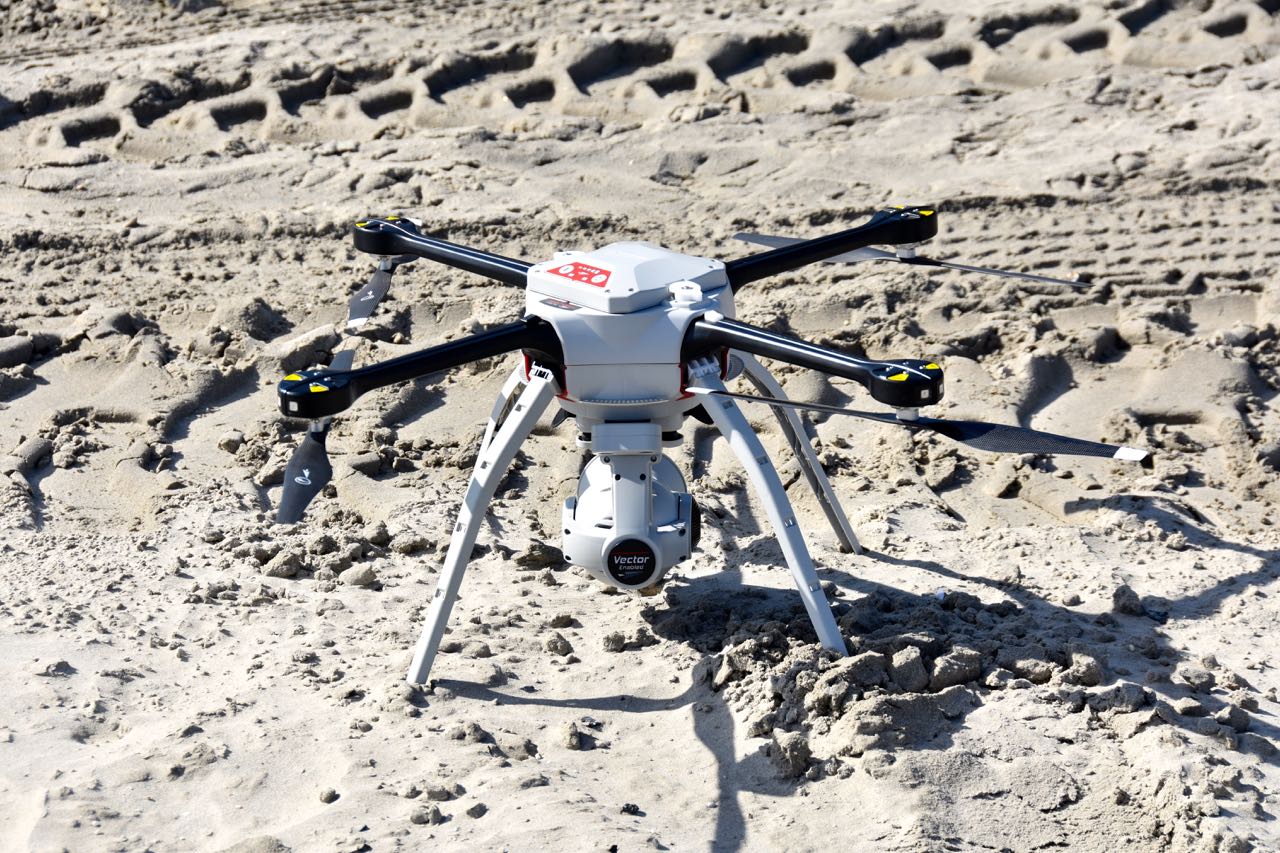 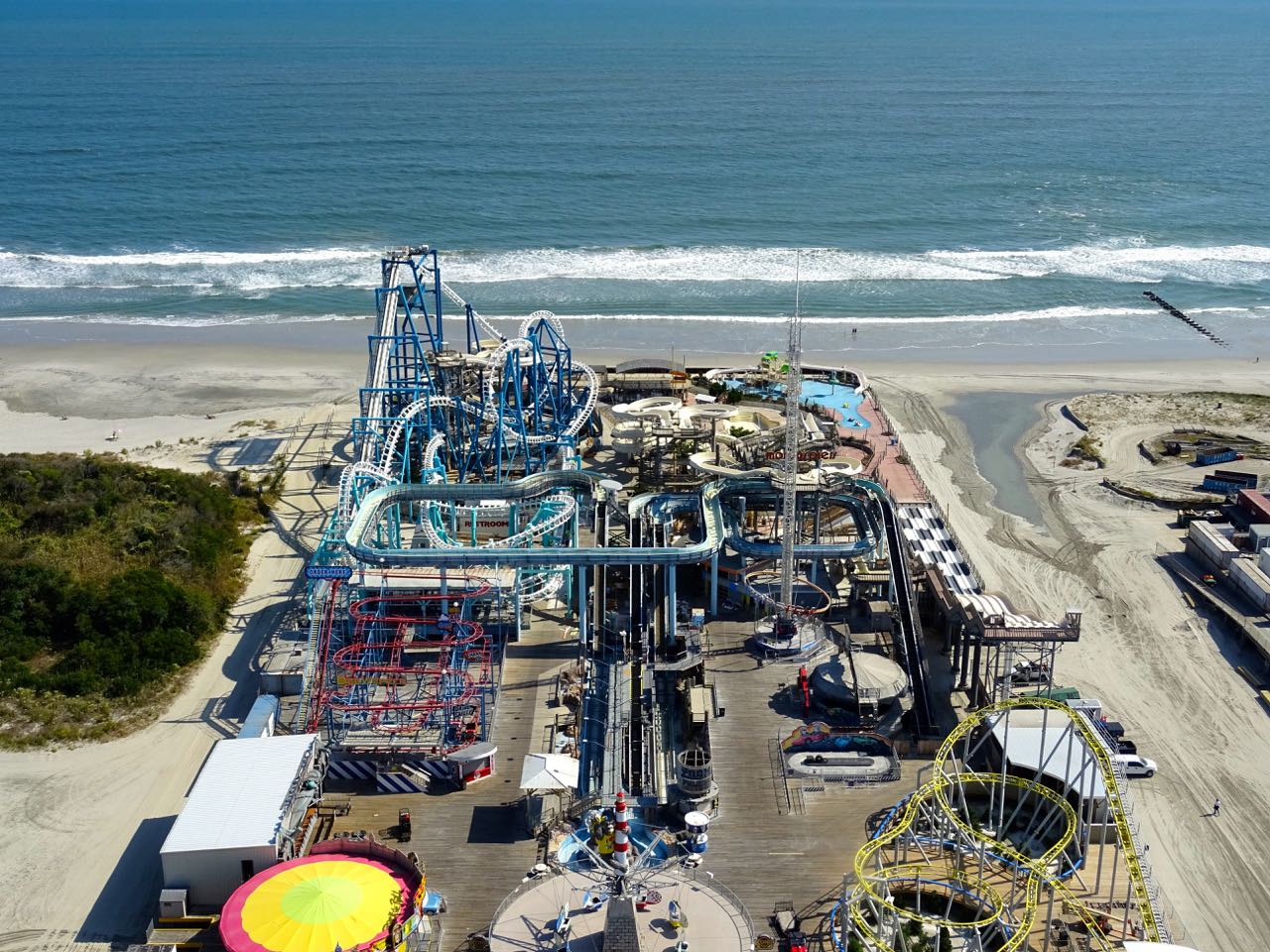 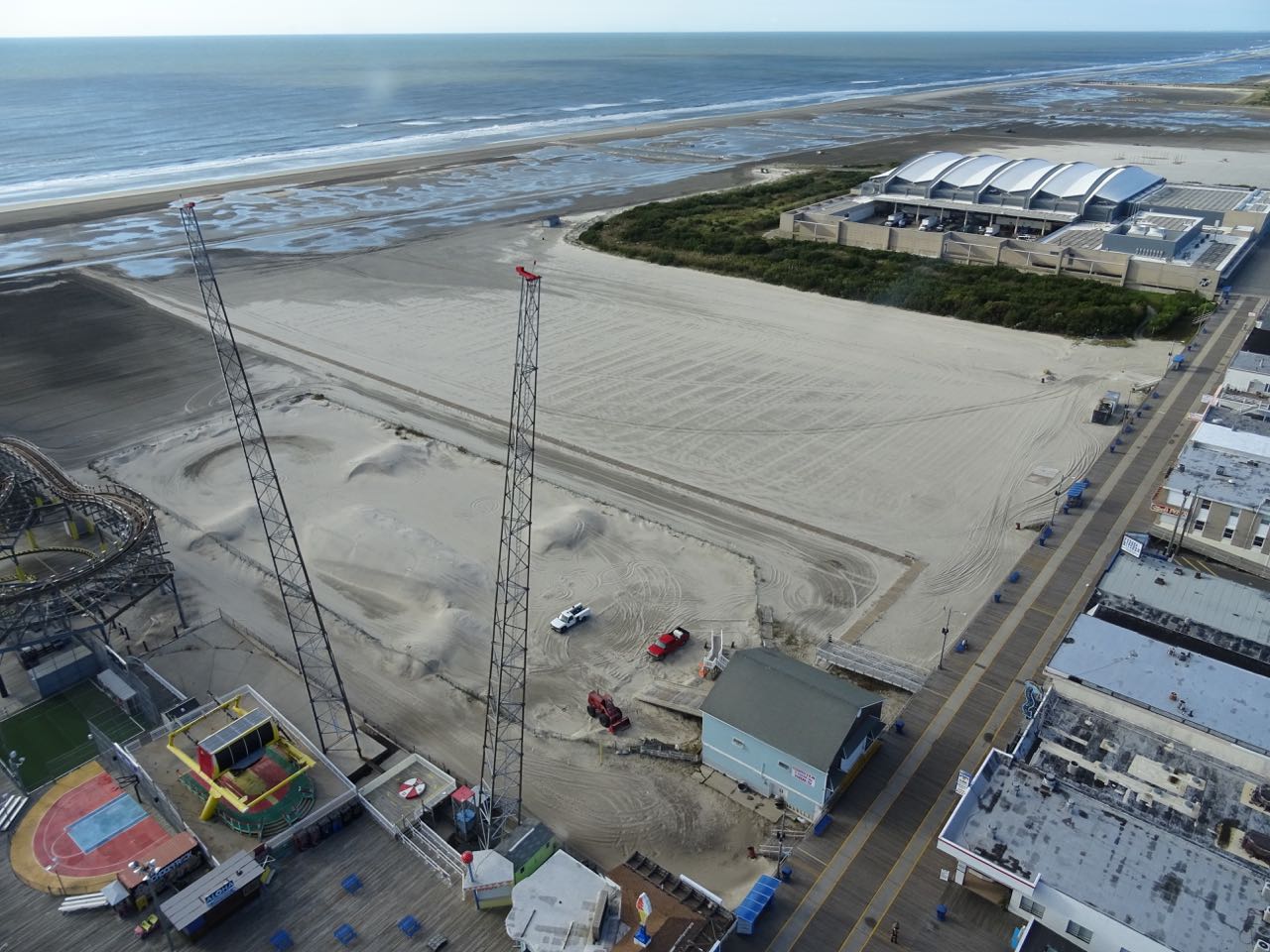 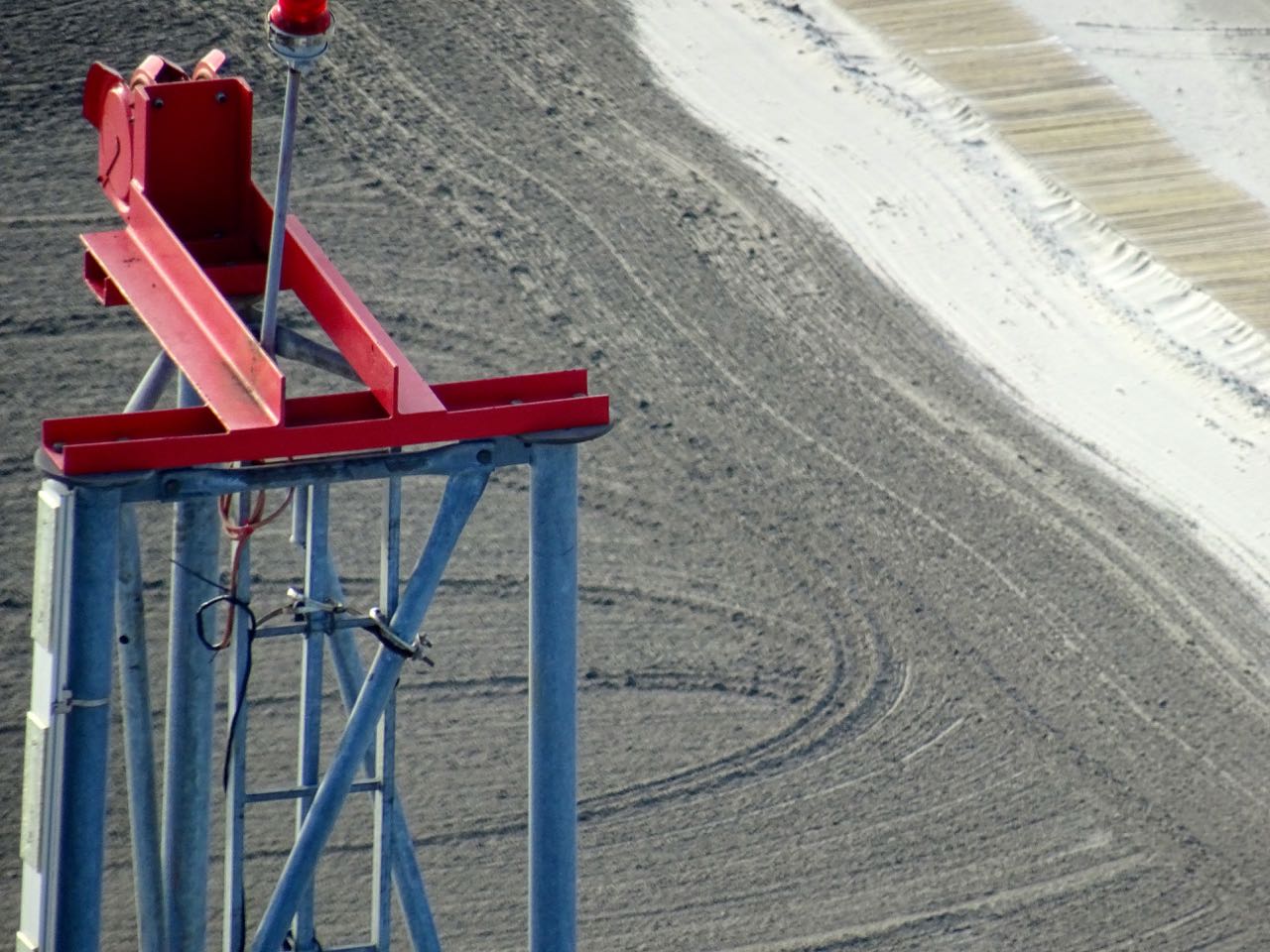 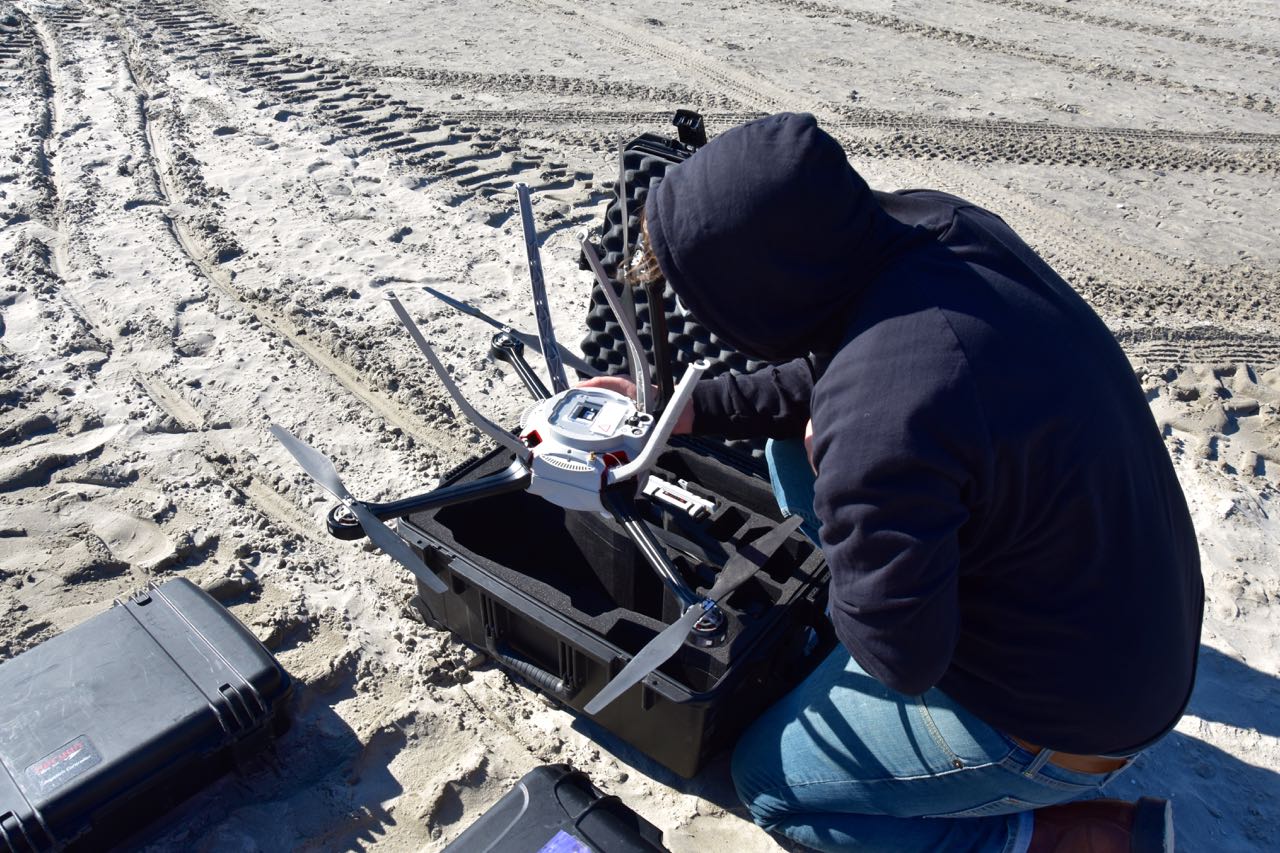 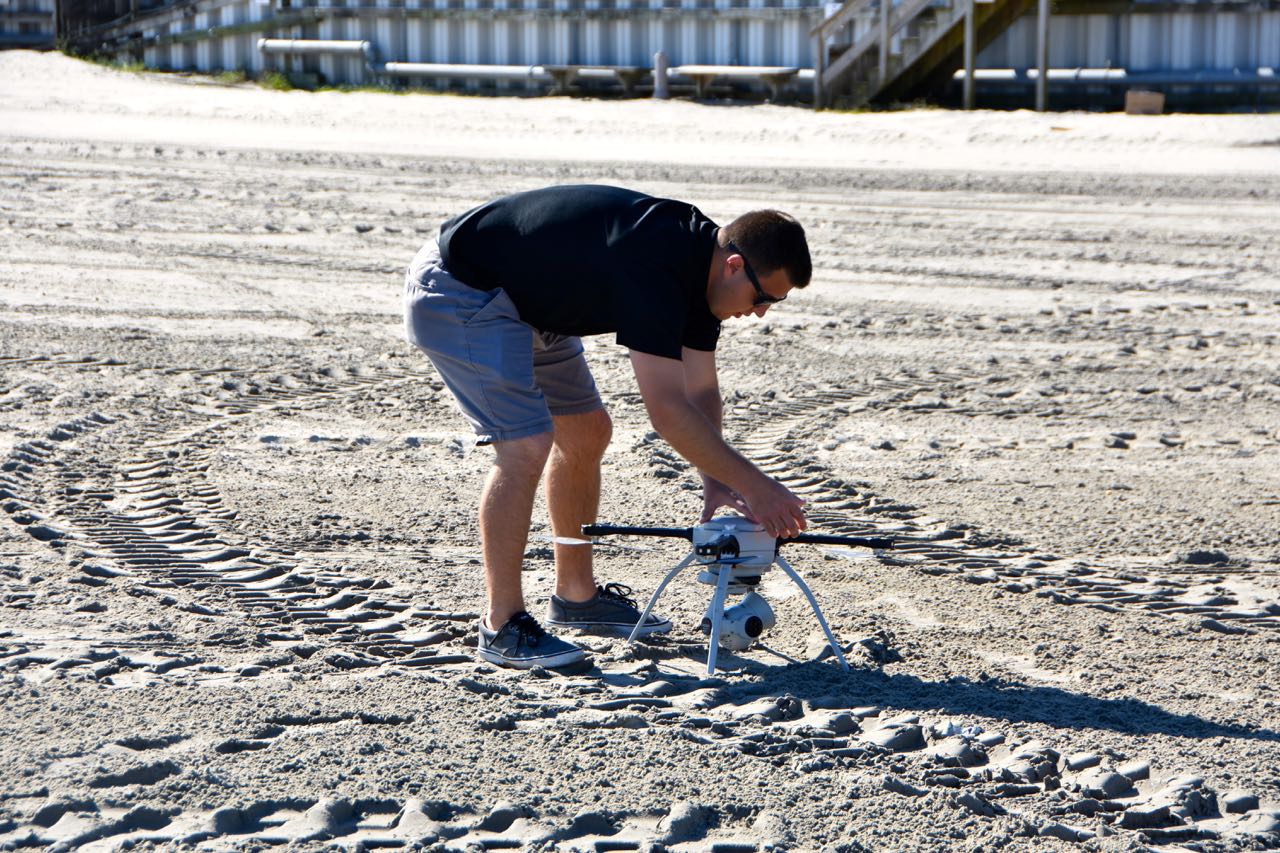 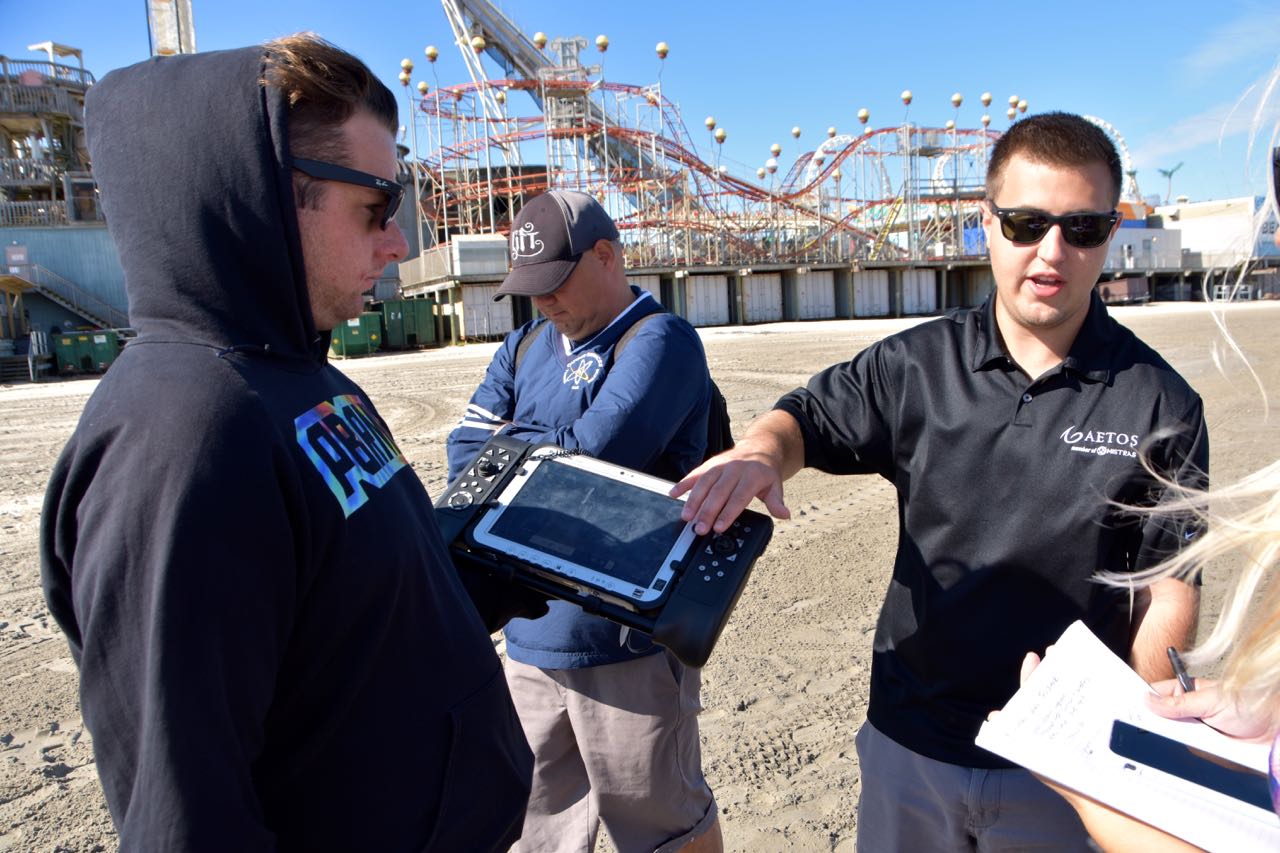 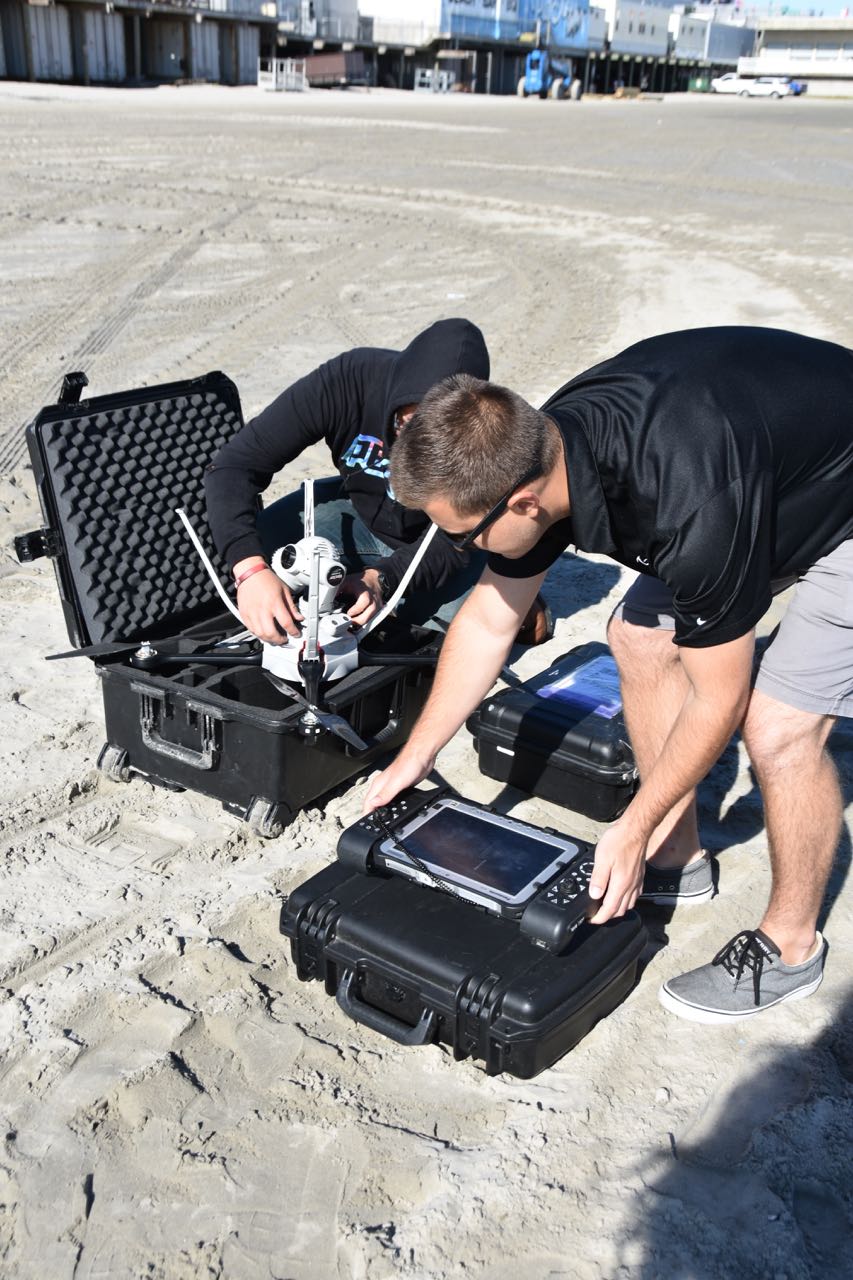 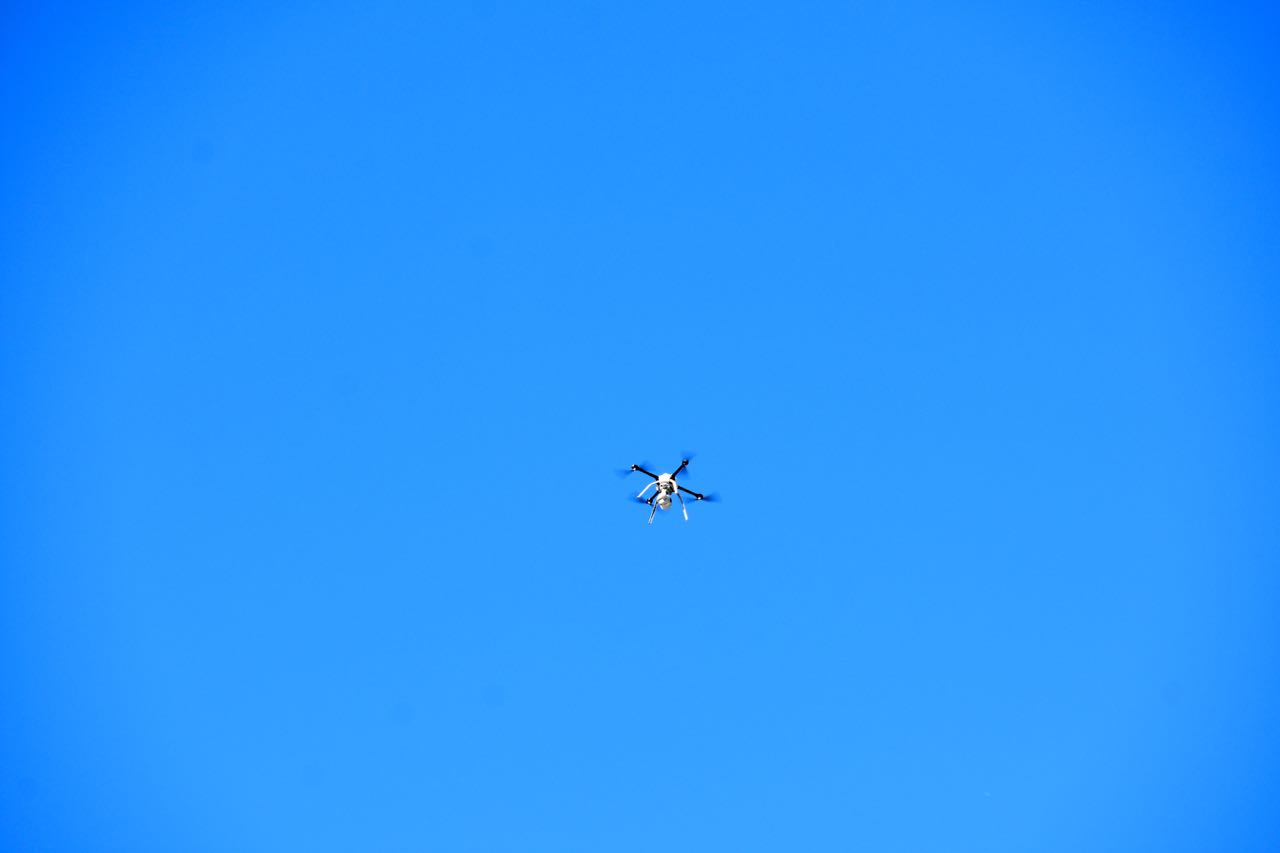 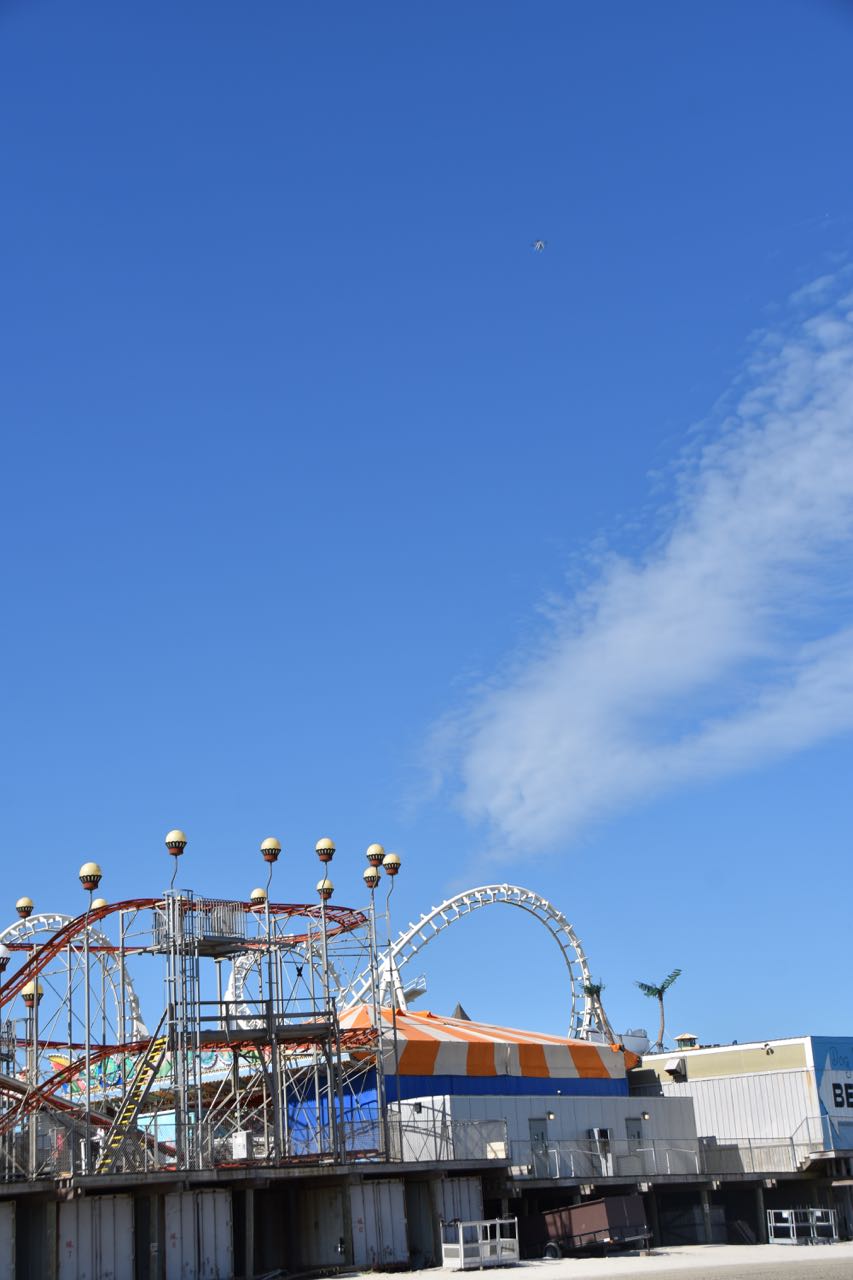 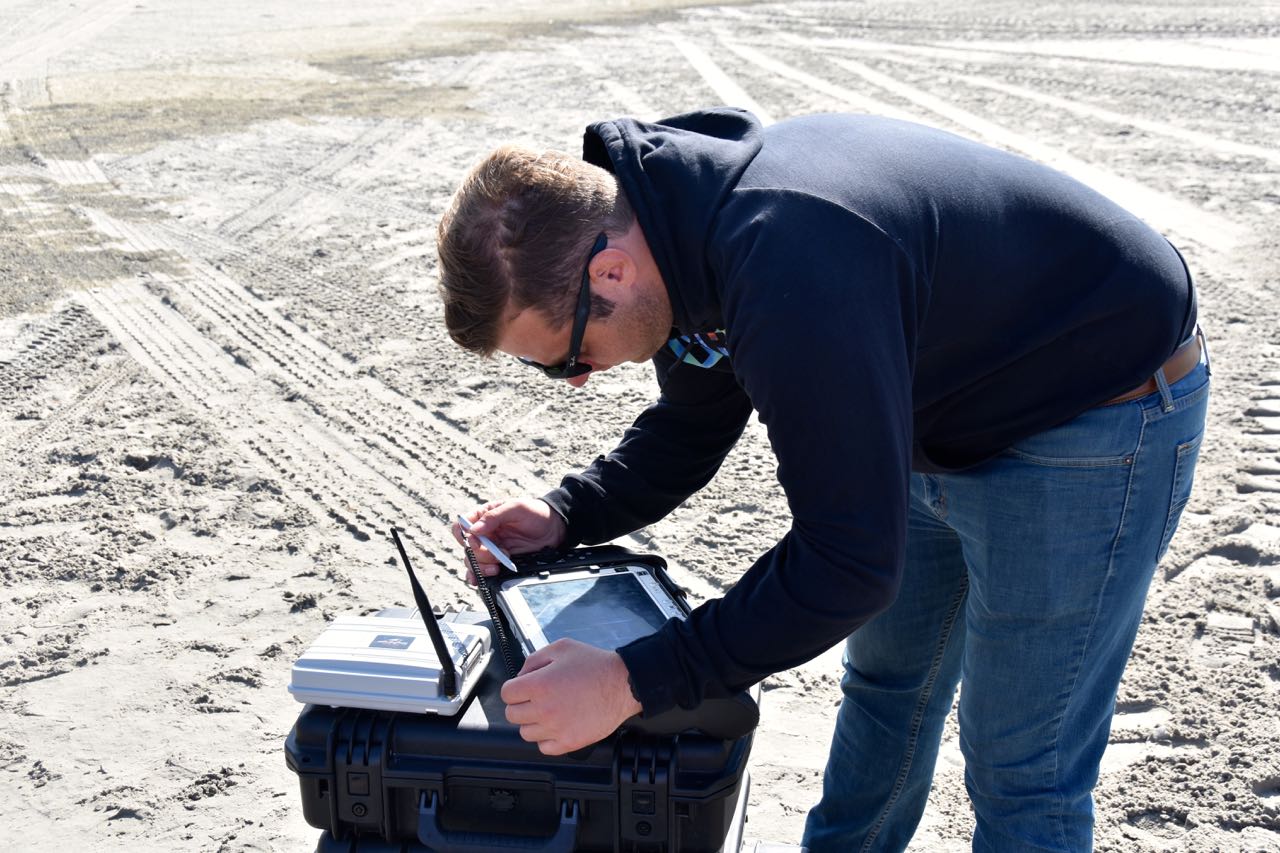 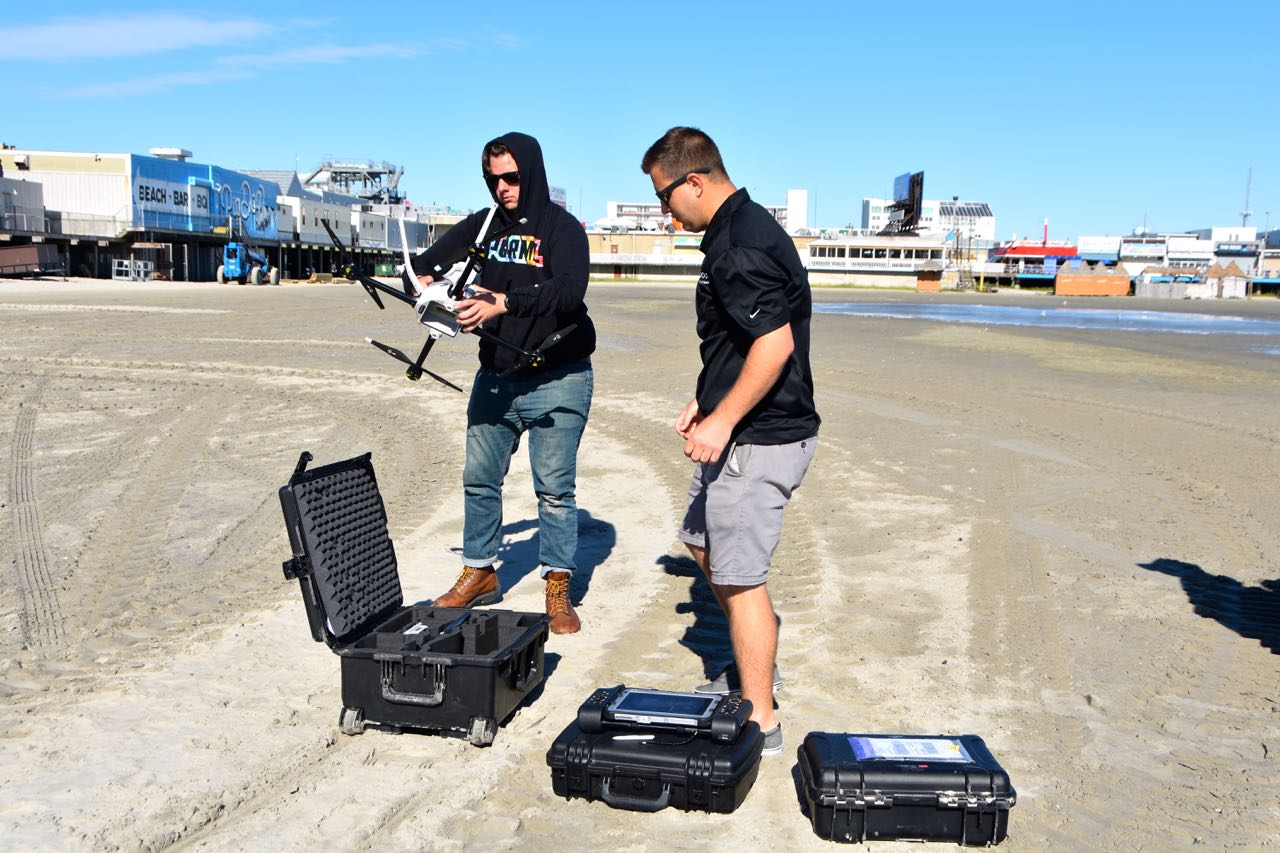