Curley’s Fries are a beloved boardwalk staple. Just ask the slew of people who sent hate mail to Morey’s Piers after falling for our April Fool’s prank a couple of years ago when we announced fake plans to replace the crinkly classic with kale chips. But only one man (that we know of) has memorialized this fried-potato passion in a surprising, permanent and – some might say – crazy way. 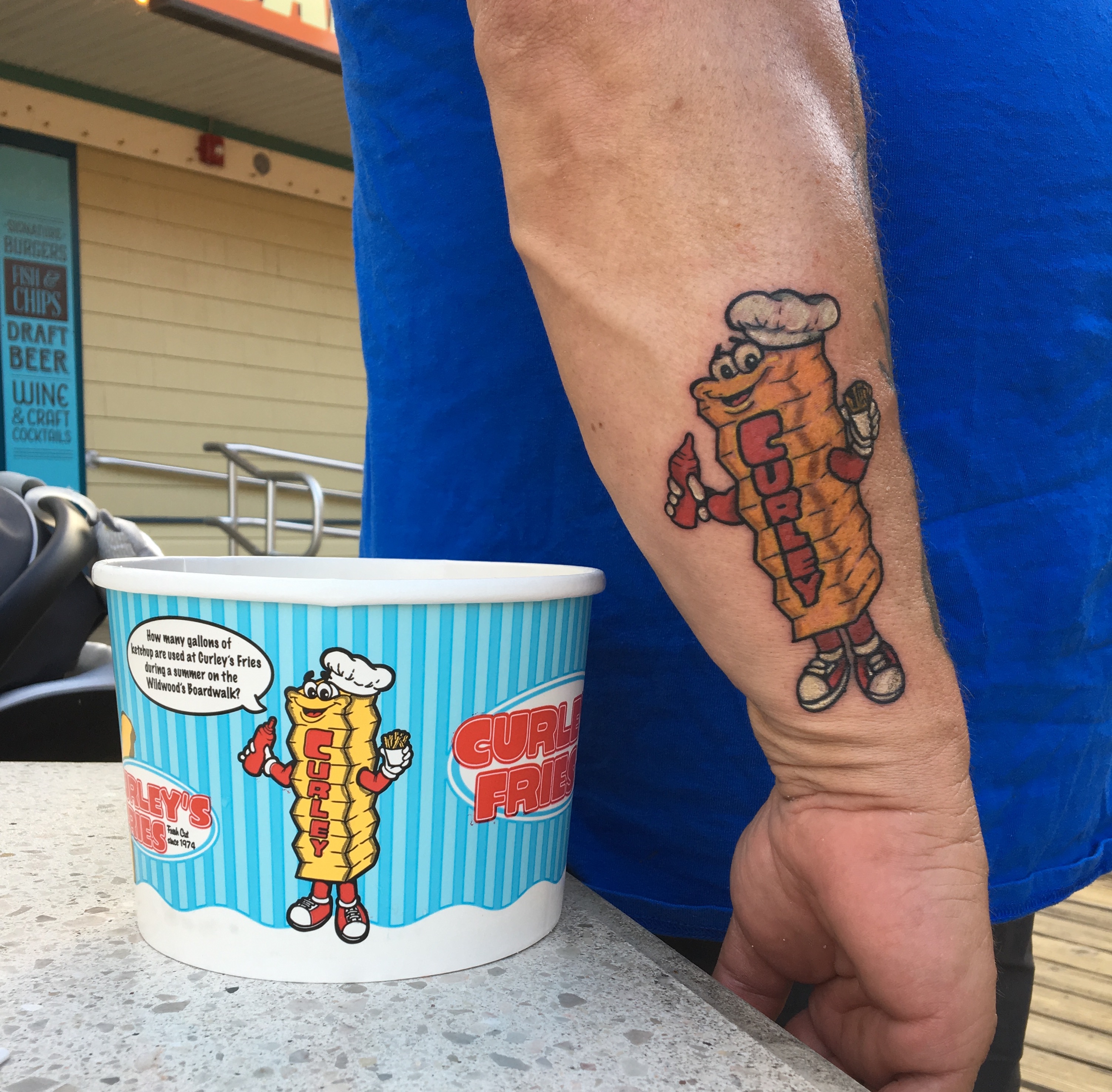 In June of 2018, 62-year-old Bradford Wallace had a smiling Curley’s French fry tattooed on his right forearm.

“I wanted something fun and different,” he says. “And I’m pretty sure I’m the only person in the tri-state area with this.”

Brad – who estimates he’s consumed more than 150 Curley’s buckets in his lifetime – is a native of Wilmington, Delaware. He started vacationing at his uncle’s cottage in North Cape May as a young boy, but at least three nights out of every week-long holiday, his parents took him to Wildwood for the nightlife, the carnival atmosphere and, of course, the tastiest fries Brad says he’s ever experienced. Later, as a teenager, Brad convinced his friends – Rehoboth-Beach regulars – to ride with him in his silver 60 Thunderbird to Morey’s Piers, where they also discovered fry fanaticism. When Brad became an adult with three kids of his own, it only made sense to continue the yearly tradition.

Save for this past summer, which Brad took to recover from two knee-replacement surgeries, he hasn’t gone a single season without eating Curley’s Fries since he was 10 years old.

“They’re nostalgic,” he says. “This is comfort food.” 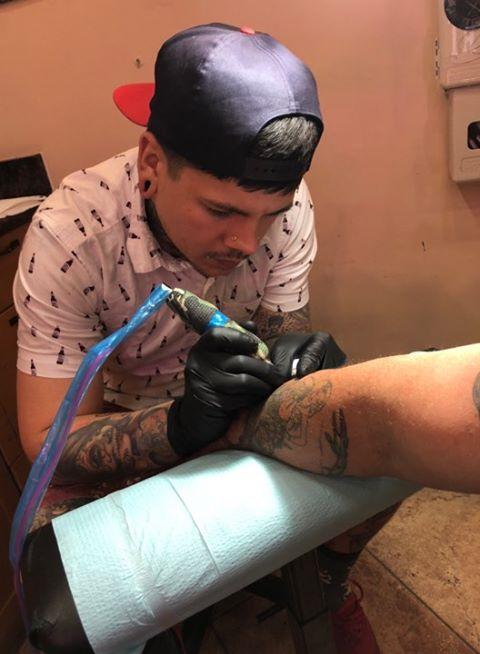 But, still… a tattoo? You’d be forgiven for assuming the decision came about on a whim, perhaps after drinking one too many beverages at Wilhelm’s Bier Garten. In reality, Brad mulled the commitment over for about a year, until the moment that he announced to his sister his plans for the day: getting inked with the Curley’s logo – a smiling, ketchup-wielding fry in shoes and a hat.

When Brad showed up to a boardwalk tattoo shop with a Curley’s cup as inspiration, asking if it would be possible to replicate the design, the receptionist behind the counter excitedly announced that she’d never had a request like this before, and the artist seemed relieved for a break from his usual repertoire of skulls and American flags. Give him 20 minutes and $150, he said, and he could bring Brad’s vision – a six-inch-by-one-inch colored tat – to life.

“He killed it,” says Brad, who has eight other tattoos, including the Eagles logo, on his body. “It’s dead-on.”

For the most part, people agree. On a recent trip to Disney, Brad encountered Wildwood fans who yelped in excitement after recognizing his Curley’s Fry on a bus. 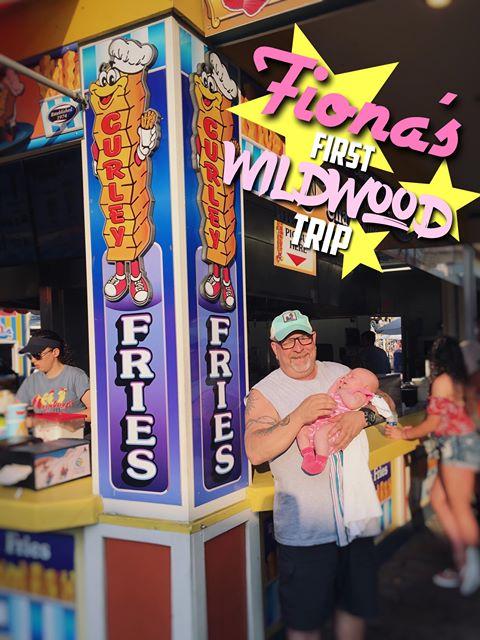 “I’ve never really had a negative reaction,” he says. “There will always be people who are like: ‘Why would you do that?’ But forget ‘em. This is like Route 66. It’s iconic.”

Unfortunately, Brad’s tattoo suffered a minor setback during a recent trip to the dermatologist. First, the doctor mistook the fry for a banana (maybe it’s time for some new glasses, doc!). Then, the physician removed a small growth from Brad’s arm.

As for regrets? Brad says he doesn’t have any. (Well, okay, maybe he regrets that angry Facebook message he fired off regarding our April Fool’s prank.) But the tattoo eases, in some small way, the grief he feels over the death of mother, who passed away two years ago, because it reminds him of so many wonderful family memories at Morey’s Piers. And seeing it makes him “happier than a seagull with a French fry”. while he recovers from his knee surgeries. Brad says, he’ll be back in action on the boards, where he can’t wait to introduce a new generation -- his 23-month-old granddaughter, Fiona -- to Curley’s.

“People who’ve never tried it just don’t get it,” Brad says. “Curley’s is a way of life.”