The Wildwoods, NJ – June 28, 2021 – Morey's Piers & Resorts, Wildwood, New Jersey's premier seaside amusement park, has launched a new T.V. and omni-channel advertising campaign that aims to remind everyone just how much summer was missed last year. The campaign takes on a sentimental and nostalgic approach, a departure from the company's playful and quirky messaging.

The campaign was created by creative agency One Trick Pony and as explained by partner Rob Reed:

"We usually like to craft fun, goofy vibes for Morey's – but this year has been like no other (and one we'll hopefully not see again in our lifetimes). However, it's provided an opportunity to recognize the moment and the place we've held in families' hearts and the summer memories they've made over the years. Of course, there'll be smiles and laughter heard in the background."

Eighty percent of the commercial features user-generated content depicting images of the amusement rides, water parks, Wildwood boardwalk, and more. "We want to capture the real Morey's experience and celebrate people coming back together this year," says Reed. "We sourced real photos on Instagram taken by guests at Morey's Piers. We contacted almost 100 people to be a part of the spot, and most of them gladly gave their permission to use their photos. Everyone's really excited to get back to summer!"

The video opens with Zuri H., a 9-year-old native of South Jersey, standing under the iconic Morey's Piers arch. With hands perched on her hips and a stuffed animal tucked under her arm, a young girl's voice can be heard saying, "Dear Summer, it seems like forever since we've seen you – what a bummer." The voice-over continues, 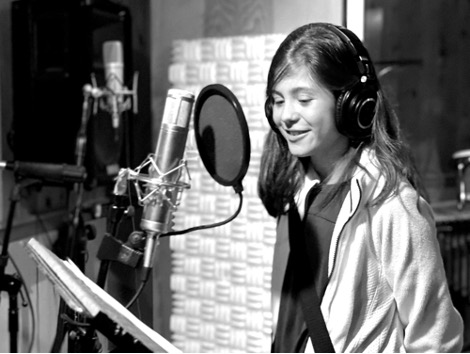 "The winter felt even glum – er, grey skies colder, we needed a shoulder to cry on –  but dreamed more of coasters to fly on, bathing suits to try on, let's let bygones be bygones."

A montage of black and white photos and videos is perfectly timed to a soundtrack made up of a heartfelt, quick-paced poem to summer read by 12-year-old Halle Chaffee, from Elkton, MD, and a musical track written and performed by Nico Fossell, from Hammonton, NJ. Both Nico and Halle recorded their first professional sessions with music producer Chris Orazi at C.A.S. Music Productions in Vineland, NJ. 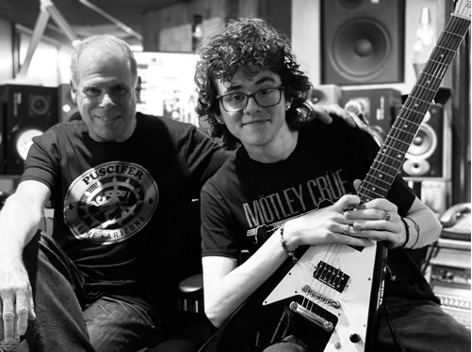 "This Dear Summer advertising campaign is an invitation for everyone to tell us what they missed most about summer," said Maggie Wisniewski, Morey's Public Relations Manager. "There's an excitement about summer feeling back to normal, and this is a great way for us to engage with our community and guests in a meaningful way."

The advertising campaign invites guests to write their letters to summer for a chance to win a grand prize giveaway. One grand prize winner will be awarded a Family of Four Vacation Package to include:

●      Hotel accommodations at the Blue Palms Hotel for three days and two nights.

For official contest rules and to enter visit, www.moreyspiers.com/dearsummer. The contest runs through July 31, 2021.

Each week Morey's Piers will also be giving guests a chance to win a pair of passes to the amusement rides or water parks. Guests can post their photos to social media telling Morey's Piers what they missed most about summer using the hashtag #DearSummer2021. Each week one winner will be selected.

The "Dear Summer" campaign will run in the Tri-State area via T.V., radio, billboards, print, and digital programming.

Morey's Piers, located on the boardwalk in the Wildwoods, New Jersey, is a classic seaside amusement park, family-owned and operated since 1969. Voted the 2015 best seaside amusement park in the world by Amusement Today and #1 Best Beach Boardwalk by Family Vacation Critic in 2015, Morey's Piers has over 100 rides and attractions spanning over eighteen acres along six beach blocks and includes three amusement piers and two beachfront water parks. Convenient to the major population centers of the Northeast, yet a world apart, Morey's Piers, along with Morey Hotels & Resorts, combines the pure joy of an amusement park, the sights and sounds of a classic boardwalk, outstanding accommodations, together with the rhythm of beach life. Visit them at Surfside Pier, featuring the Ocean Oasis Water Park and Beach Club at 25th Avenue, Mariner's. Pier, featuring Raging Waters Water Park at Schellenger Avenue and Adventure Pier at Spencer Avenue. For more information, visit www.moreyspiers.com or phone (609) 522-3900 or like us on Facebook. You can also follow us on Twitter and YouTube.