Behind the Scenes at Oktoberfest! 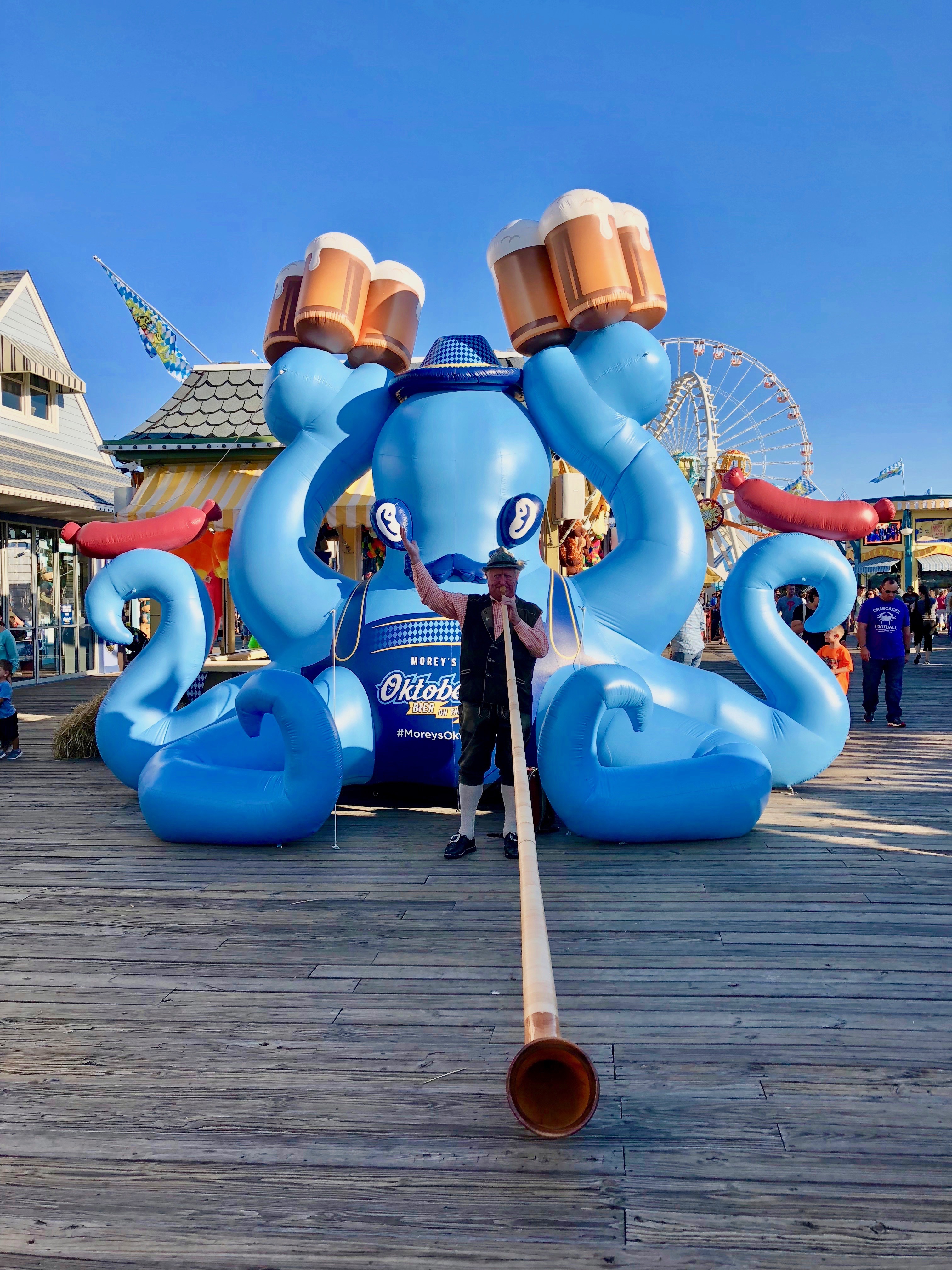 Walk onto Mariner’s Pier at the end of September or beginning of October, and there’s a good chance you’ll see one of our intrepid employees struggling to inflate a giant octopus dressed in lederhosen. It’s a tough job keeping eight beer-and-sausage wielding tentacles erect — they extend 10 feet in the air — but someone’s got to do it.

“A group of guys once asked me what would happen if the octopus were to, you know, disappear,” says PR guru Maggie Warner as she scales a nearby wall to straighten out the head. “I told them we’ve got cameras everywhere!” (No, this wasn’t a bunch of frat boys looking to decorate their dorm with a blow-up cephalopod… it was a group of doctors and lawyers. There’s no accounting for taste.)

The octopus is the unofficial greeter at Oktoberfest, a free-to-enter Morey’s Piers tradition that kicks off on the boards this weekend. Imagine food (including Bavarian pretzels shipped in from Germany), live entertainment (16 bands), and rides so good, they’ll make your head spin (or, wait — is that the beer?).

Oktoberfest is a good excuse to dress up in Alpine hats and say “wiener schnitzel.” And yes, it’s one of very few events where our president, Will Morey, will actually indulge in a beer or two. But the real reason we decided to launch this family-friendly Bavarian festival is that the rides and carnival games of the original, Munich-based Oktoberfest are largely what inspired Morey’s Piers 50 years ago. Our founder, Will Morey Sr, continually drew ideas from his travels around the globe, and his sons are no different. As we type this, co-owner Jack Morey is in Europe doing market research, visiting other amusement parks, and maybe or maybe not peeing off an Irish cliff. (Hey, when nature calls…)

So what does it take to pull off Bavarian by the beach? A ton of decorations, to start, including that giant octopus. Some say the 16-foot-wide inflatable was custom-made as a photo-op for visitors by a California company that specializes in such things. But the *real* story is that he traveled via ocean current from the Deutschland shores across the Atlantic before washing up on Mariner’s Pier, where he shares the merriment of Oktoberfest with all of south Jersey.

“I have to cross my fingers and hope for the best when we inflate him,” Maggie says. “Many kids have tried to jump on him over the years.” (And maybe some adults, too, she adds.) 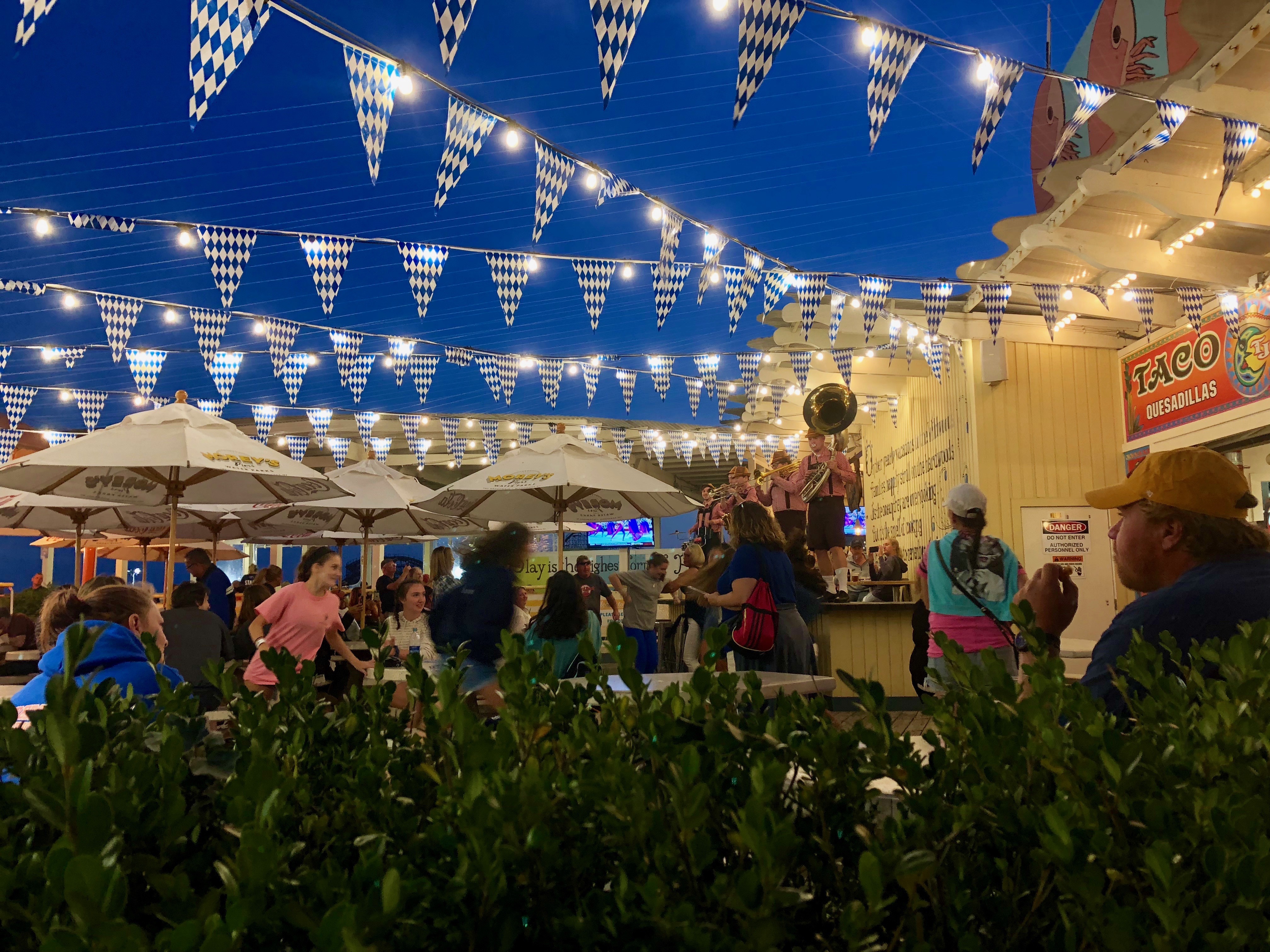 Outfitting the pier also requires 600 linear feet of Bavarian flags, 100 bushels of corn, 75 bales of hay, 30 festive mums, and 835 pumpkins (most of which will be decorated by kids under a craft tent). Maggie overseas a team of 10 people who get everything set up in three days.

“That’s why we call her Major Maggie,” says head of marketing, Tim Samson. “If she says she needs Velcro, about four people are running to her with Velcro.”

Tim, on the other hand, has been out of commission this week, due to a gimpy arm. “I strategically planned my rotator cuff surgery around this,” he jokes. 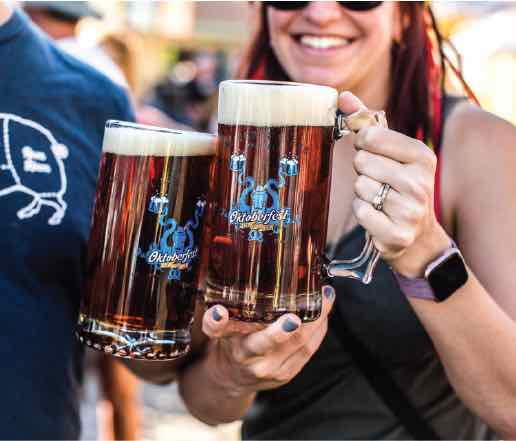 Attendees of Oktoberfest will have access to five separate beer stations (yes, we turned the duck-pond game into a beerhaus), as well as a rootbier garten for the kids. And there will be 16 musical acts of various genres (including a traditional Oompah band whose members WILL dance on the bar), plus a German alpenhorn player/yodeler/comedian Jack recruited off a mountain in Colorado — for real. But the biggest draw might just be the eats. Think beer-cheese dip for your Curley’s French Fries, and pumpkin funnel cake made with real pumpkin.

Or, as Tim puts it: “It’s Oktoberfest with a Morey’s touch.”

We hope you’ll come out and join us — suspenders optional.

But please don’t steal our octopus. 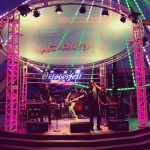 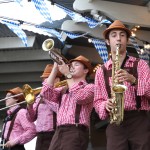 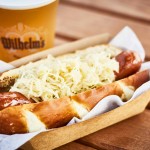 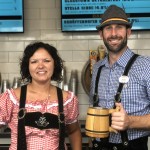 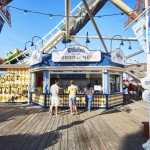 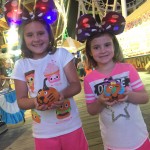 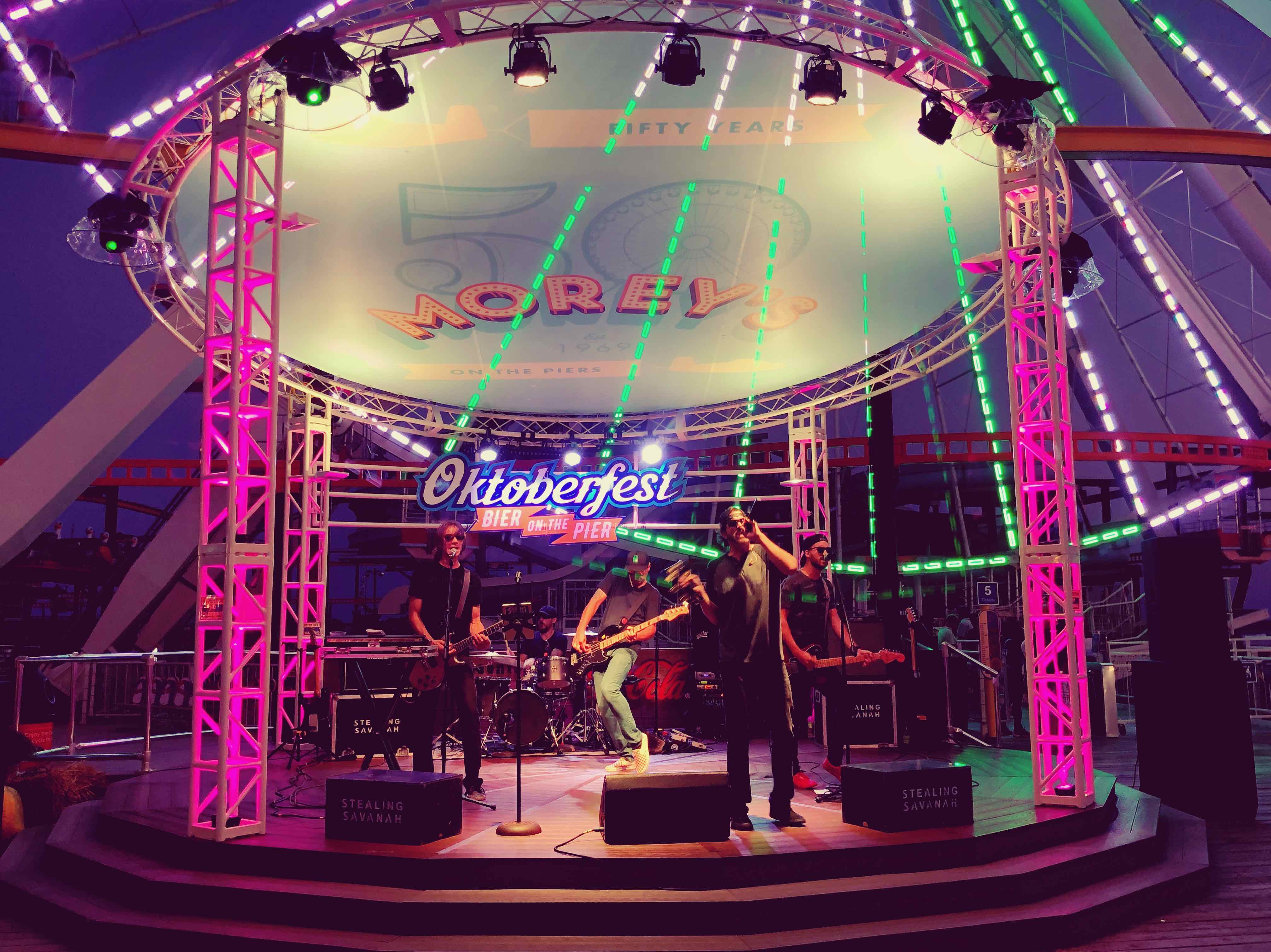 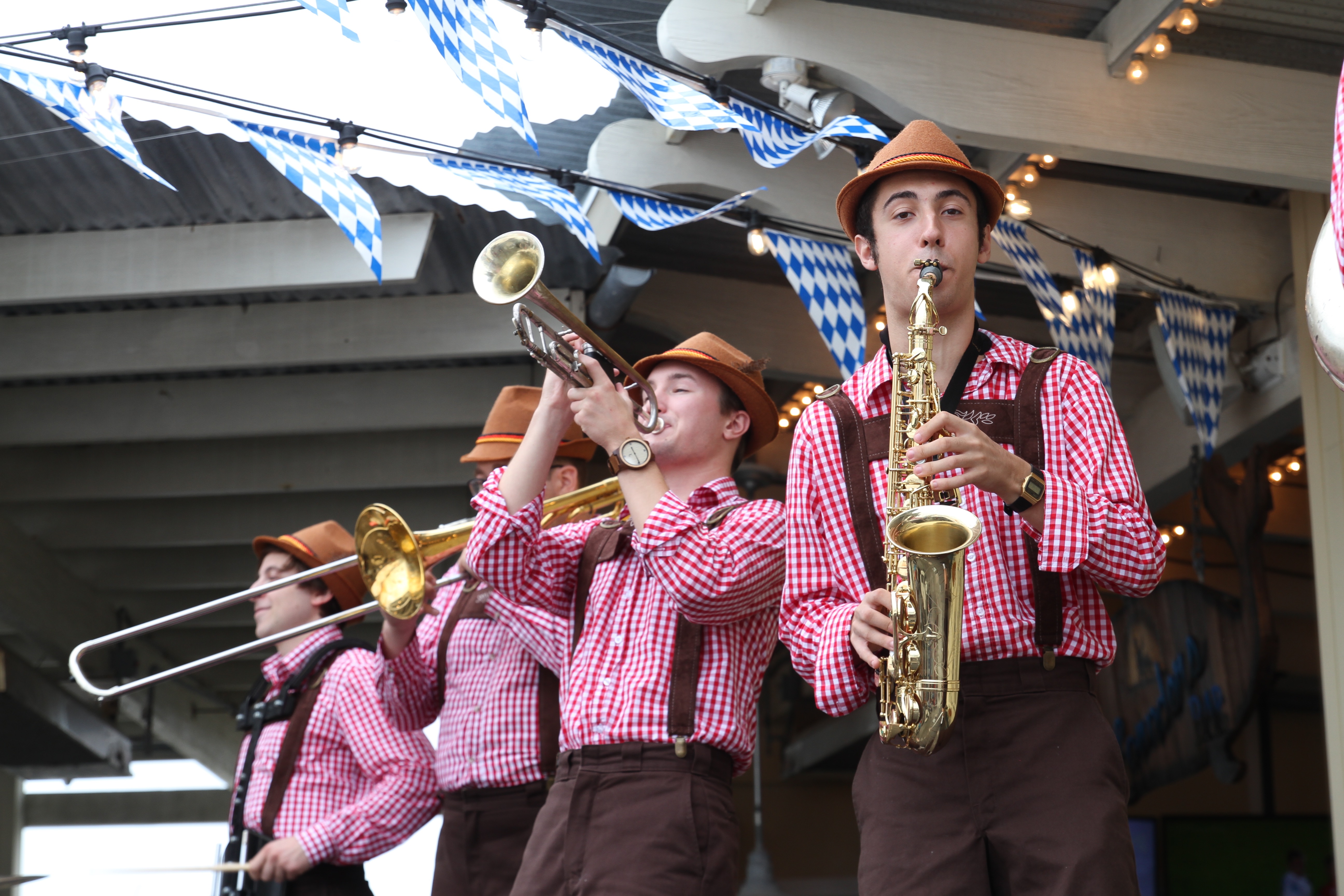 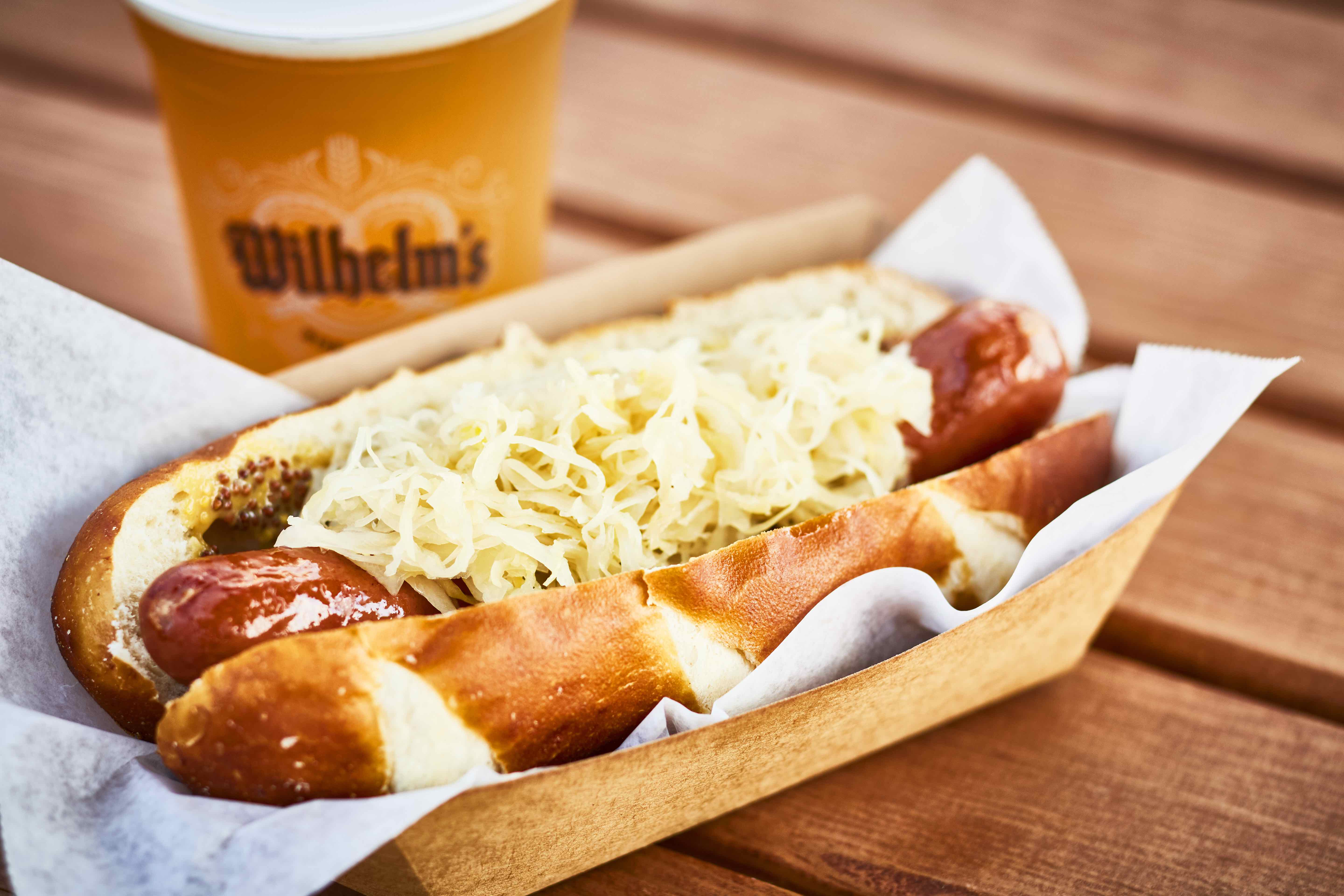 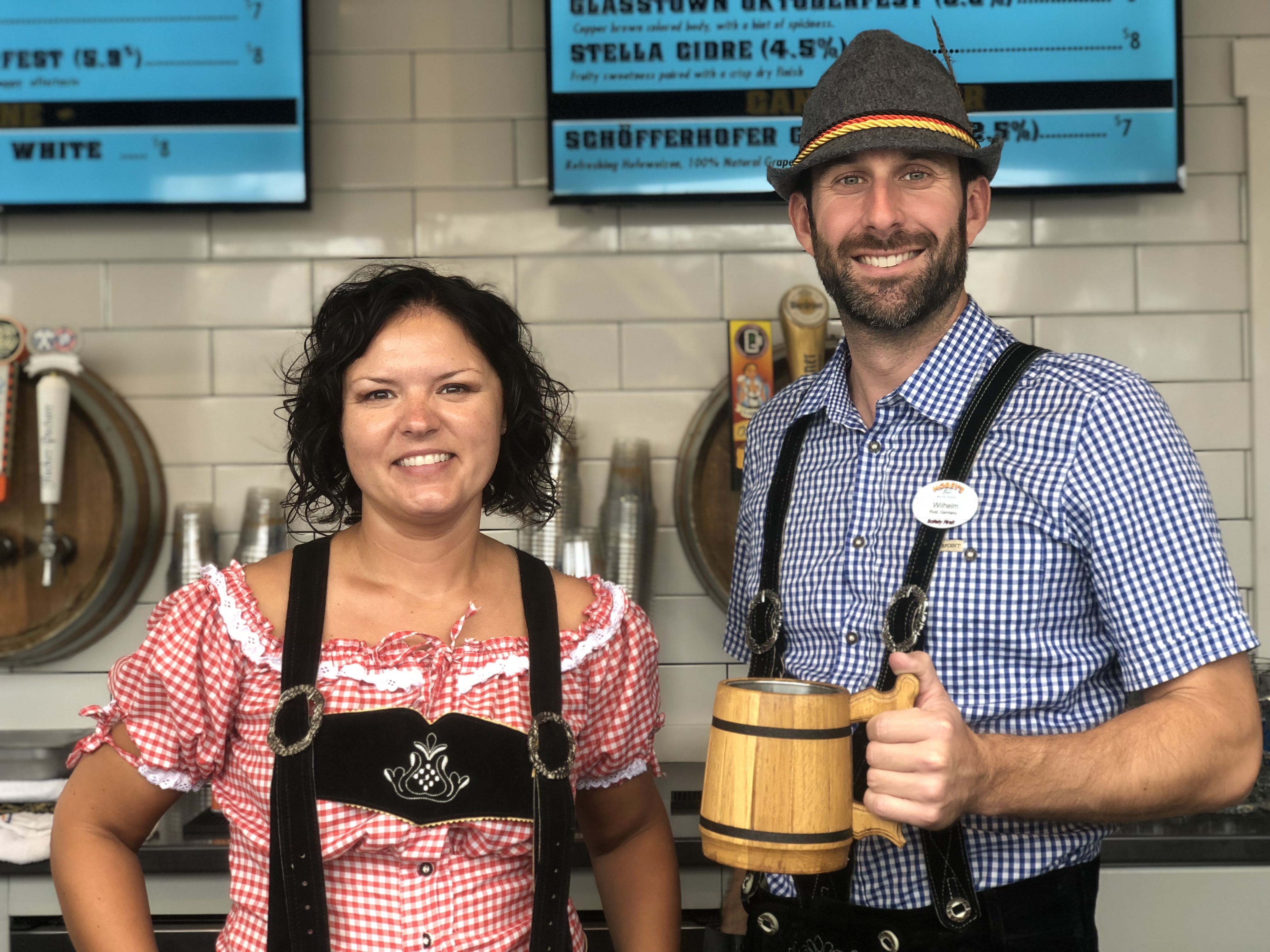 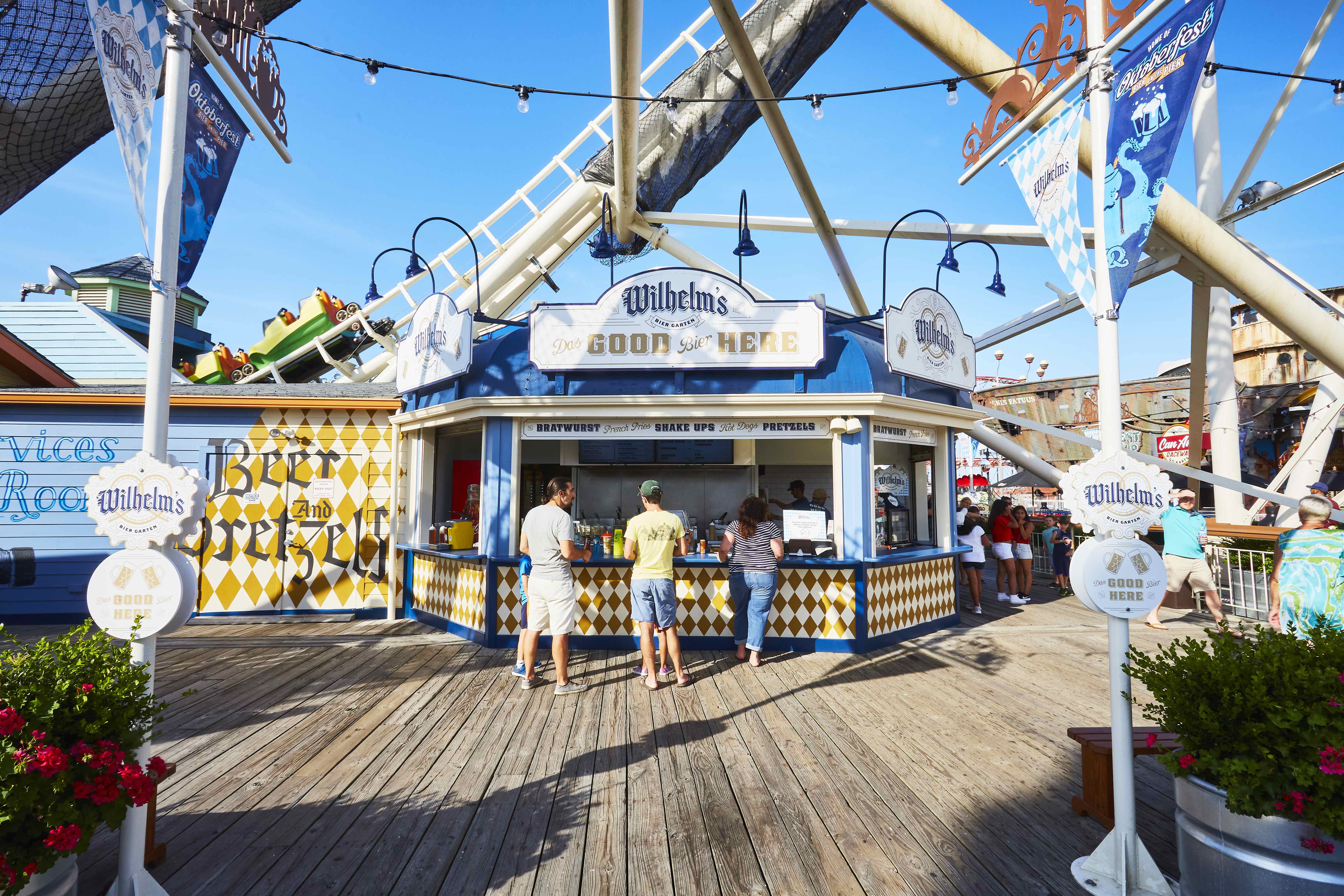 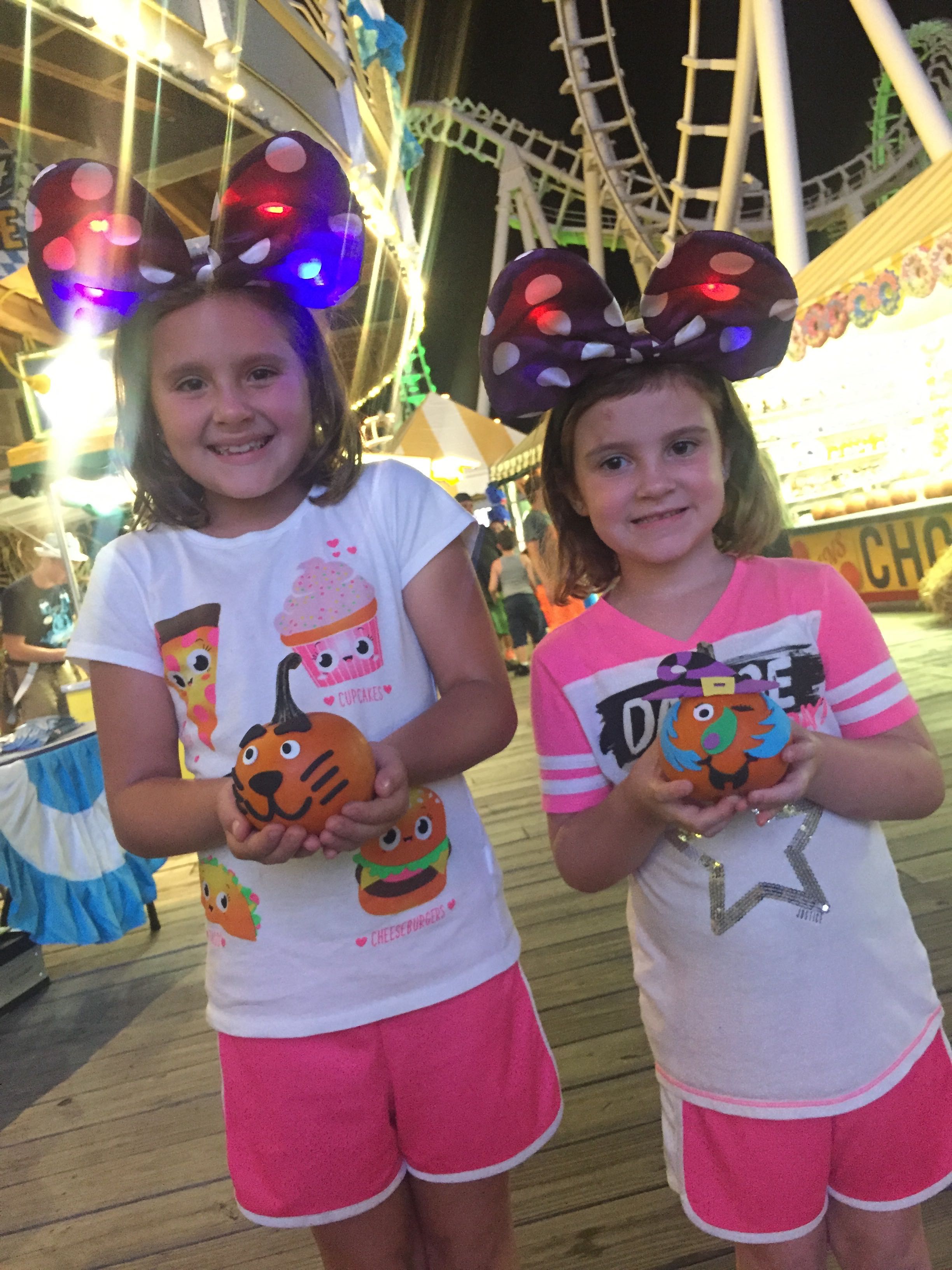 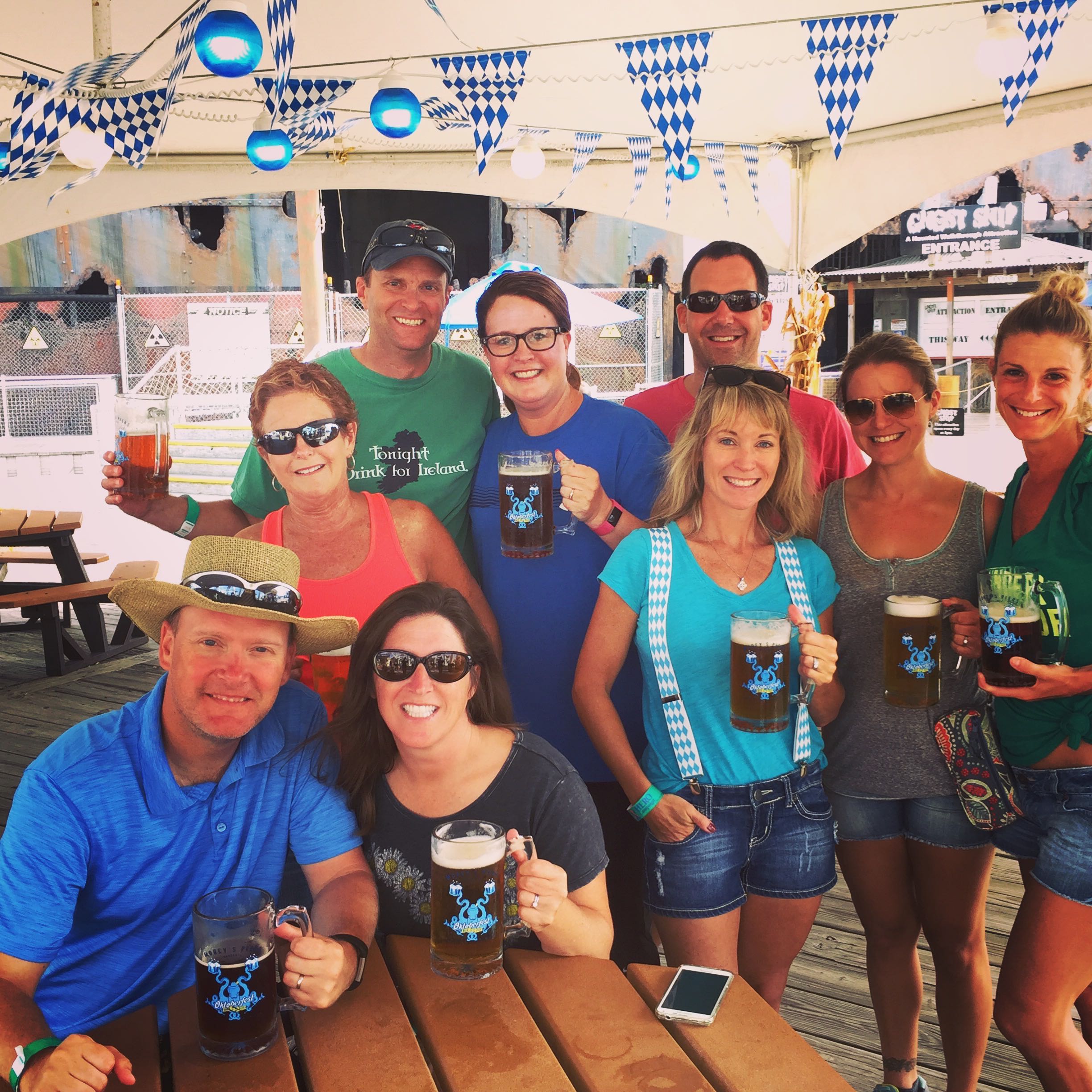 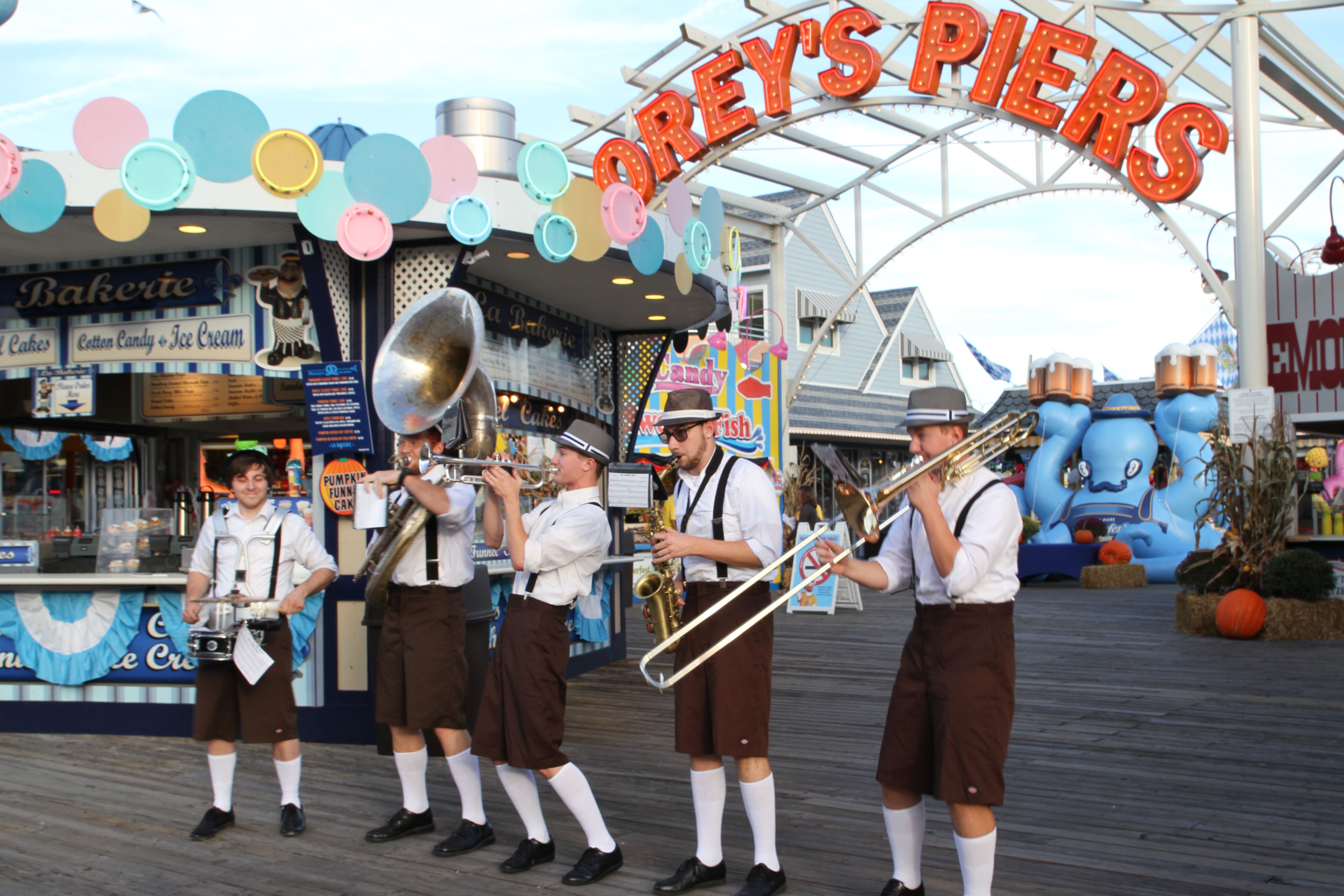 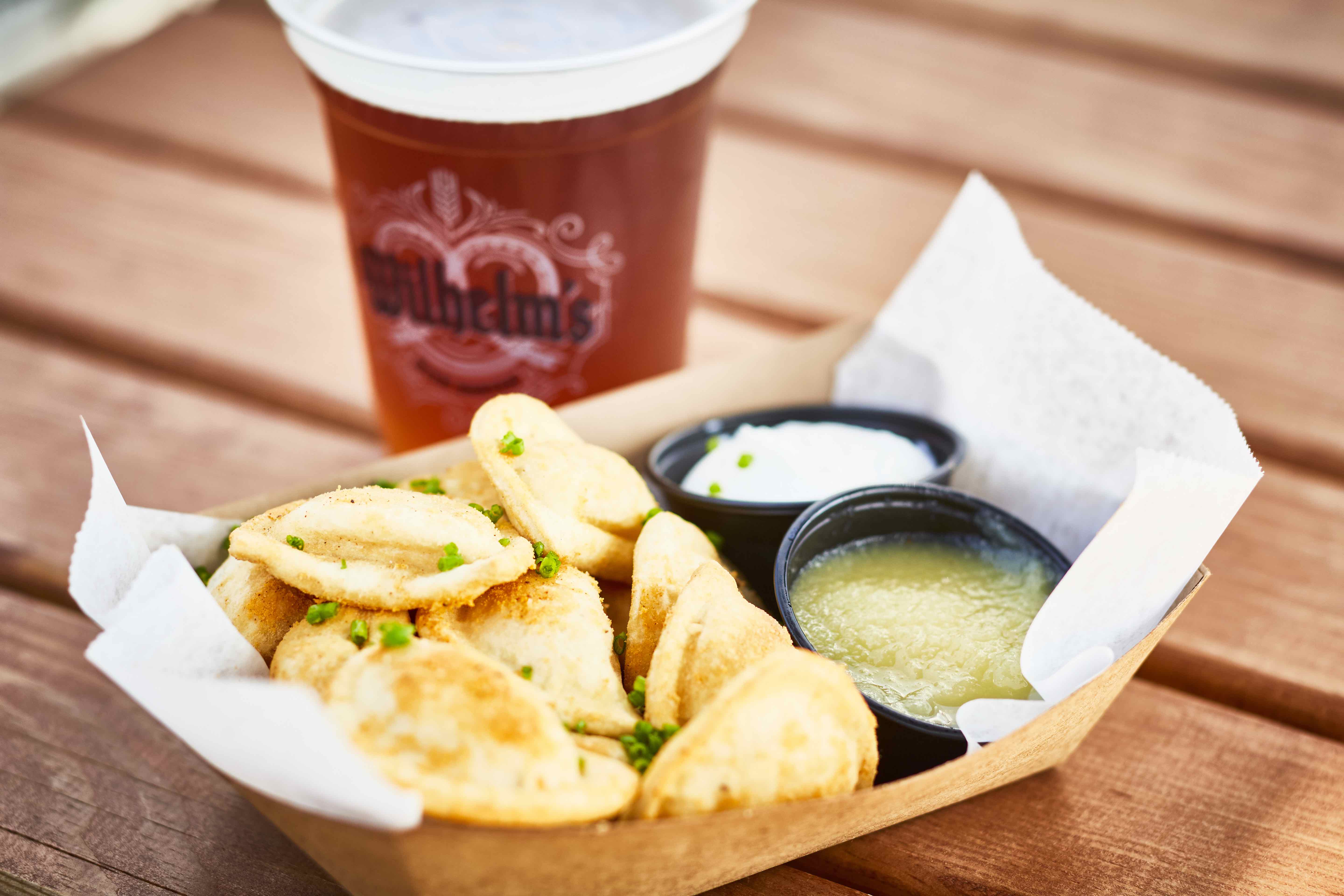